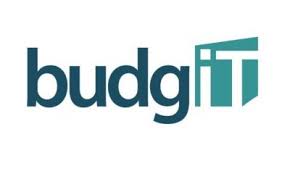 Following the release of the recently concluded salary and pension survey in all the 36 states in Nigeria, said it has received mixed reactions from state governments concerning issues raised.

These include outright denials and rebuttals that the salary and pension survey is biased and misleading.

In a statement, it said, “We affirm that we conducted this survey in the interest of Nigerians who have faithfully served and are still serving in the public service.

To further reinforce some of the findings from the survey, BudgIT, conducted qualitative interviews with individuals from Etsako Central, Etsako West and Owan East Local Governments. Per our findings, respondents from Etsako Central ascertained that they are being owed eight (8) months and a half’s salary and four (4) years’ leave allowance. Likewise, Etsako West and Owan East respondents affirmed that the government owes them seven (7) months and six and a half months’ salary, respectively.

“We also interviewed individuals from Barkin Ladi, Basa and Jos-North Local Governments in Plateau state, including civil servants, midwives in a state-owned hospital and community health workers. These respondents affirmed that the state government owes them at least three (3) months’ salary as of July 19, 2022, when the research data was collated in Plateau state.

“We have also received correspondence from Cross River State stating that the state government cleared salary backlogs between August 10 and 11, 2022. We posit that we cannot verify this claim as we published our findings based on a survey concluded on July 31, 2022. For state governments that have presented other claims, we are currently reviewing their perspectives and assure the public of a robust response upon extensive inquiry.” BudgIT said.

“Therefore, based on the facts above, we urge state governments to verify these findings further and affirm the authenticity or otherwise to their people. This survey’s objective remains to nudge states towards their contractual obligations and responsibilities to the civil service and promote the dignity of labour.”

BudgIT said it will continue spotlighting issues bordering on state governments’ obligations to their workers, adding, “To this end, we would consider another round of surveys in six months to appraise the progress on issues raised.”