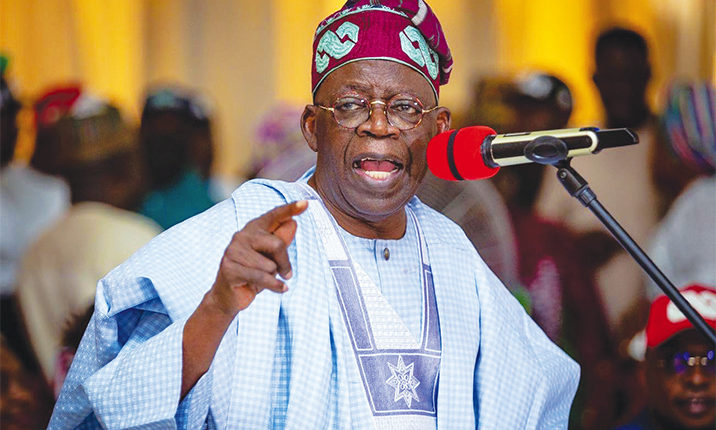 Civichive, an innovation hub of BudgIT, committed to the principles of open data and governance, citizen participation, and data transparency, has released a policy review of Bola Ahmed Tinubu’s manifesto.

A review of Tinubu’s plan reveals that it is built on tripod-reforms of the structural model of the Nigerian economy, incentivization of the private sector, active engagement with sub-national components, and investment in infrastructural development to spur economic growth.

It said that Tinubu’s economic plan is high on economic buzzwords and ambitious claims but disappointingly low in quantifiable commitments against which any progress can be measured.

The ludicrous element of the plan is a position that seeks to “much like the European Union has done, we too must be realistic and legislatively suspend the limits on government spending during this protracted moment”. This is a dangerous position as recent outsized intervention by the CBN to prove this theory through “Ways and Means” has led to significant rise in inflation and weakening of the currency.

The review further reveals that Tinubu’s audacious aim of increasing crude oil production to 2.6mmbpd by 2027 and 4mbpd by 2030 is likely not feasible, with current production of about 1.5mbpd.

The interest to increase domestic investment in oil and gas considering the weak investment climate is commendable but with unrealistic actions. The manifesto did not address the host communities’ challenges, especially the implementation of the Petroleum Industry Act that concerns this.

Shockingly, Tinubu’s manifesto also lacks a roadmap on the fight against corruption, especially how it intends to equip anti-corruption agencies and promote their independence. Furthermore, despite restructuring being a major position of the candidate over the years, it is saddening to see it cast in vague and non-coherent terms without proper details.

There is also no alignment with Tinubu’s security agenda which promises that “our weapons systems will be upgraded to address current and anticipated security threats in the modern world” and his promise to “reduce our dependence on imported foreign military equipment by ramping up domestic production of basic and essential military hardware.”

Sadly, there was no quantitative commitment to any success index in education, alleviating poverty, or child welfare, even with Nigeria’s appalling human capital development performance. Despite the policy document being somewhat clear, fluid and touching on critical national issues, there is an obvious reluctance to commit quantitatively and boldly to specific political and policy directions.

With this release, its overarching aim is for voters to have access to information that enables them to be educated and informed about political processes so that they can have a basis upon which to vote for political office holders and to hold elected officials responsible.

It also called on other presidential candidates, especially Mr. Peter Obi, to release their manifestos so that citizens can be well informed about their projected aims for the country if elected.

The review however commended Tinubu’s plan to mitigate youth unemployment and expand the industrial capacity of urban centres, thereby providing the opportunity for job creation.

The plan reiterates some of the challenges of the economy and the insufficiency of oil receipts to single handedly drive Nigeria out of the current fiscal crisis.

Key highlights of the manifesto also include; the commitment to raise revenue, revise and review the Land use Act, provision of long-term mortgages for civil servants and the promise to either enlarge or complete ongoing investments and infrastructural projects of the current administration.

Interestingly, there are strong points on the idea of relinquishing the role of protecting VIPs by the Nigerian Police and the creation of an Integrated Identity Database which is crucial to our national security under a strong data privacy framework.

Tinubu also plans on working with the National Assembly/State Government which signals a proper grasp that reworking Nigeria’s security architecture requires combined efforts at all levels.