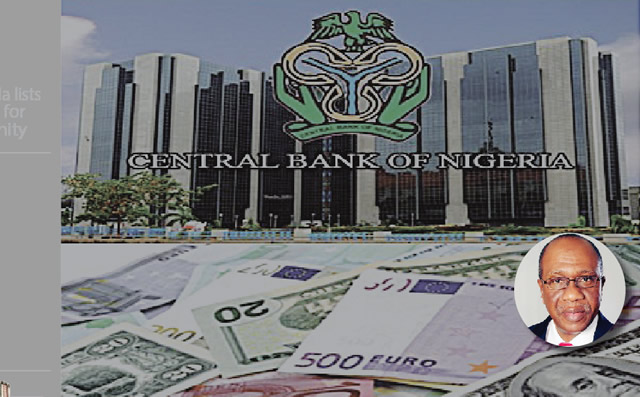 Despite concerns raised by financial experts the Central Bank of Nigeria (CBN), has insisted that its Monetary Policy Committee (MPC) decision to increase Monetary Policy Rate (MPR) is to control rising inflation.

However, going forward, the Bank will restrict its intervention to critical sectors like the SMEs and the electricity sector for now.

Speaking on the various economic intervention initiatives by the CBN and the prospect of recouping the funds, Dr Yusuf Yila, director, Development Finance Department, said about nine trillion Naira had been invested in the various development finance interventions.

Yila, spoke on Wednesday at a post-MPC briefing tagged: “Unveiling Facts behind the Figures’’.

Oriental News Nigeria, reports that the MPC, in its 287th meeting on Tuesday, increased the MPR by 150 basis points, from 14 per cent to 15.5 per cent.

The MPR is the baseline interest rate in an economy on which other interest rates within that economy are built on. The CBN Governor, Mr Godwin Emefiele had said that the decision was informed by a persistent rise in the inflation rate and fragile economic growth.

“Most of the loans are still under moratorium, especially those in manufacturing. Manufacturing forms the largest part of our portfolio, about 31 per cent,’’ he said.

He, however, said that one of the best performing interventions was the Commercial Agriculture Credit Scheme (CACS), where out of the N800 billion that was lent out, about N700 billion had been repaid.

Yila said that through the flagship agriculture intervention scheme, the Anchor Borrowers Programme, one trillion Naira had been lent out to smallholder farmers, while about N400 billion has so far been recovered.

In his comments, Hassan Mahmoud, CBN’s director, Monetary Policy Department said the MPC got to a point where stringent measures have to be taken to control inflation.

He said that the committee took cognisance of global as well as local economic issues in arriving at its policy decisions.

“We raised the MPR because it is necessary to do so. The quantity of money in the system was too much for the economy to absorb,’’ he said.

He said that monetary policy tools were meant to deal with short-term risks, adding that the idea was to make the cost of funds expensive to drive down inflation.

According to Mahmud, the stimuluses that governments across the world provided for their citizens during COVID-19 increased the ability of people to spend, thereby, creating challenges with global supply.

“A lot of households and small businesses were injected with stimuluses; the U.S did two trillion dollars, Nigeria did about five trillion Naira, these increased the ability of people to spend.

“But the supply side could not meet up with the demand because that volume of injection was far more than the regular intake for those economies, this made prices go up,’’ he said.

He also blamed the Russian-Ukraine war, as well as the resurgence of COVID-19 in China as responsible for the rising global inflationary trend.

“The war resulted in some shortages which made prices go up.

“Then the COVID-19 lockdown in China. The country is the largest importer of commodities across the globe,’’ he said.

Speaking on the depreciation of the Naira, the Director, Trade and Exchange Department, Mrs Ozoemena Nnaji, said the apex bank was taking steps to firm up the currency.

Nnaji said that demand for foreign exchange outstripped supply currency, adding that the CBN was doing a lot to mop up supply.

“One of the steps is the Naira for dollar remittance drive, which has resulted in a huge increase in diaspora remittances.

“In this third quarter we are looking at more than one billion dollars of repatriated inflows,’’ she said.