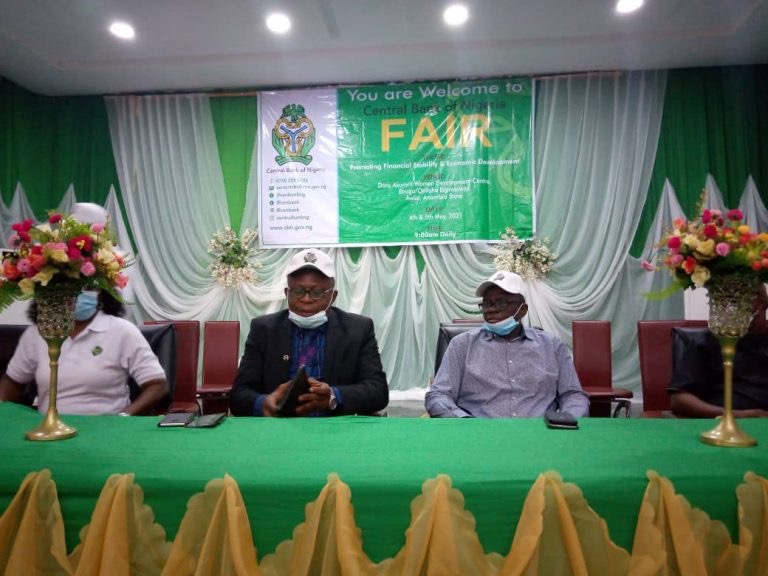 Mr Benedict Maduagwu, the Branch Controller of CBN in Anambra, said this at the two-day currency fair held in Awka on Wednesday.

Maduagwu said the state accessed the sum of N2 billion under CACS and another N1.5 billon AADS during the agricultural year.

He said the state had participated actively in CBN interventions and had translated to higher productivity and prosperity for beneficiaries as well as helping to prevent recession in the state.

Maduagwu, however, observed that there was need for people to embrace various financing windows of CBN, hence the need for the sensitisation and enlightenment campaigns in the area.

He said: “I am glad to inform you that Anambra State had been participating actively in the CBN Intervention programmes.

“The funds will stimulate the agricultural value chain, which is one of the core pillars of the administration of Governor Willie Obiano.

“This will also bring boom in both agricultural and commercial activities in Anambra.

“CBN Initiatives has largely contributed to the feat that resulted in turning the fortunes of the economy from negative to positive economic growth, thereby ending the recession.
“The two-day CBN Fair Enlightenment Campaign has the objective of enlightening the general public on the Bank’s various initiatives geared towards strengthening and promoting macroeconomic stability.”
Maduagwu said the campaign was part of efforts to effectively communicate the policies of CBN to micro economic players.

He noted those including manufacturers, traders, farmers, artisans as well as financial institutions and religious organisations for overall macroeconomic stability.
“The sensitisation is anchored on the pursuit of sound macroeconomic policies that will ensure economic development.

According to him, successful pursuit of these goals requires policies that will promote openness in trade, efficient financial system and increase capital flows.
“In this regard, the need to communicate and obtain feedback from the public is instrumental for the formulation of people oriented policies and schemes,” he said.
The News Agency of Nigeria (NAN) reports that presentations were made on ‘Development Financing Initiatives ‘Payment Systems Initiatives’, ‘Consumer Protection’ and ‘Clean Naira Note Policy’.(NAN)

People suffering from asthma are more at risk with COVID-19, says Expert