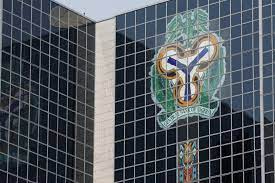 The Central Bank of Nigeria, CBN, has explained that its tight monetary policy and cash circulation control measures is coming with several economic benefits and will also address myriads of security challenges plaguing the country.

The Bank said with the tight measures being adopted heinous crimes from terrorism to kidnapping, will be curbed with the use of its latest initiative of the naira redesign.

He said, “It will address the issue of terrorism, kidnapping, because there is a lot of money in circulation before, and the kidnappers are using that opportunity to collect ransom from people.”

He disclosed that the currency change was a good step, adding that it would add a lot of positive benefits to the economy.

According to him, other countries change their currencies every five years. “Globally, currencies are redesigned every five to eight years, but for Nigeria, it’s long overdue. Some of our currencies have stayed for 14 to 20 years, so it’s the right time to redesign our currency,” Imam said.

While enumerating the importance of the currency change, Imam said it would improve the country’s monetary policy.

“The CIC is a component of monetary policy, so definitely, our monetary policy mechanism will be very effective. It will improve our financial inclusion drive, as it will push a lot of people to open accounts because we can’t carry cash. You need to open an account and as a result, more people will come into the financial system,” he said.