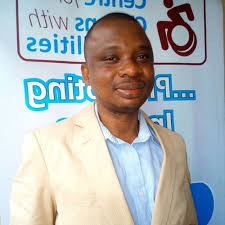 The Center for Citizens with Disabilities, CCD, has expressed excitement after Abia State Governor, Governor Okezie Ikpeazu and his Edo State counterpart Godwin Obaseki, signed into law the State Disability Bill into law.

Head of the Center, David Anyaele, who could not contain his joy said, “We received with Great excitement the good news of the signing into law of the Abia State Disability Bill by Governor Okezie Ikpeazu PhD bringing to a closure the demand by more than 400,000 people with disabilities in State for a legal framework that would protect them from discrimination and other harmful practices by reason of their disability.

“We commend Gov. Ikpeazu for his assent to this law thereby engraving his name as the first Governor in Abia State to sign a law that promote for the welfare of Abians with disabilities.”

Anyaele, said that the signed Disability Law which is cited as the Abia State Commission for Persons with Disabilities Law 2022 has placed the State on the map of States that protects the rights of persons with disabilities.

According to him, The law would go a long way towards ensuring that government programs and activities do not exclude any citizen of the State by reason of disability, adding “It is gratifying to record this good news from Abia State in favour of persons with disabilities as the reign of exclusion, stigma, isolation of people with disabilities by State and none State actions have come to an end.”

He equally commended Governor Godwin Obaseki for the signing into law, a Bill For a Law To Ensure Full Integration Of Persons With disabilities Into The Society And To Establish Edo State Commission for Persons With Disabilities And Vest It With Responsibility for Their Education, Healthcare And The Protection Of Their social, Economic, Cultural, Civil And Political Rights, 2022.

“We must sincerely appreciate the wife of Abia State Governor, Mrs. Nkechi Ikpeazu PhD for standing on behalf of the disability community in the State throughout the struggle for the passage of this disability law.

“We are extremely grateful to the Daughters of Charity of Saint Vincent the Paul, British Council led Rule of Law and Anti-Corruption program for their support to the disability community in Edo State which cumulated to the passage and assent of Gov. Obaseki to the disability bill in Edo State.” Anyaele added.

“We are also calling for the two States to put in place mechanisms for the full implementation of the laws.

“While we thank our friends from the media for their support throughout the struggle for the passage of the disability bills in the States, we congratulate people with disabilities and civil society organisations in Abia and Edo States for securing passage of these laws. We are calling on the leadership of the disability community in the two States to build their capacities, and sensitize their members on the provisions of the laws to ensure that people with disabilities access justice on equal basis with others using the provisions of the newly signed laws.” Anyaele added.