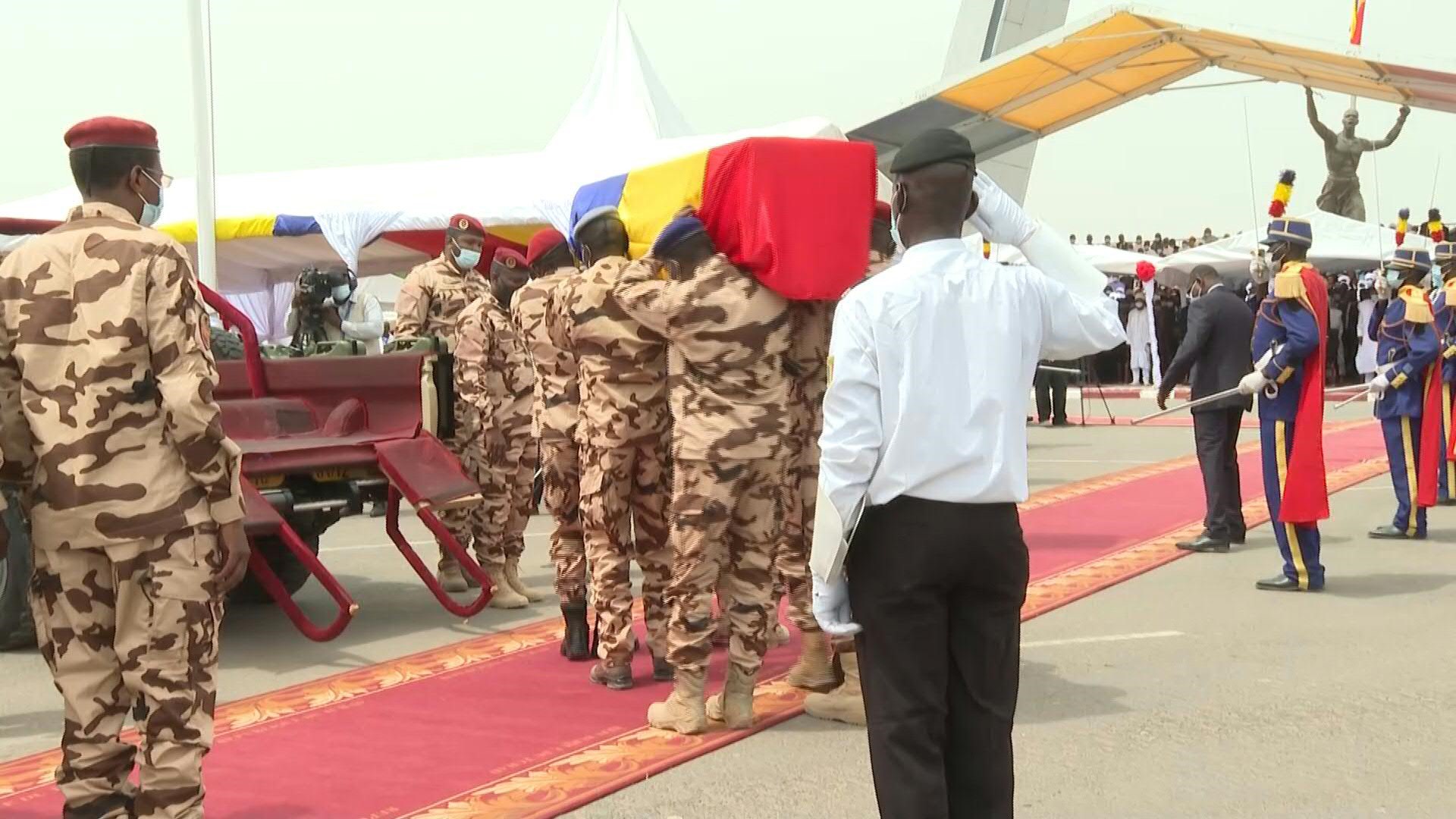 Chad on Friday staged a state funeral for veteran ruler Idriss Deby Itno, a linchpin in the fight against the Sahel’s jihadist insurgency; as France and regional allies voiced backing for his son and successor, Mahamat Idriss Deby.

The elder Deby, who had ruled the vast semi-desert state with an iron fist for 30 years; died from wounds sustained fighting rebels at the weekend, the army said Tuesday.

His death has stunned the Sahel and its ally and former colonial ruler France; battling a jihadist revolt that in nine years has swept across three countries.

The unrest has claimed thousands of lives and forced hundreds of thousands from their homes.

Deby’s coffin, draped in the national flag and surrounded by elite troops; was driven to the Place de la Nation square in the capital N’Djamena for ceremonies attended by foreign leaders, including French President Emmanuel Macron.

A 21-gun salute sounded out for Deby, who only last August had been declared a field marshal — the first in Chad’s history; — after leading an offensive against jihadists in the west of the country.

“France will never let anyone, either today or tomorrow, challenge Chad’s stability and integrity,” Macron pledged.

A similar message was conveyed personally to Deby’s son when he met earlier with Macron; as well as the presidents of Burkina Faso, Mali, Mauritania and Niger, a French presidential aide said.

“What emerges from the president’s consultations with his counterparts is the need to push ahead very quickly with an inclusive transition; which hands on to political forces,” the source said.

“That’s the only way today, because a purely military process won’t work,” the aide said, also adding that the G5 Sahel and African Union “are in the front line; and France will be playing the role of backup”.

The younger Deby, a 37-year-old four-star general commanding the elite Republican Guard, was named president; as well as head of a military council immediately after his father’s death was announced.

Parliament and the government were dissolved.

He will wield full powers but has promised “free and democratic” elections after an 18-month transition period that can be extended once.

The move has been branded an “institutional coup” by the opposition.

The International Federation of Human Rights (FIDH), underscoring the “terrible repression” under Deby; on Friday urged the swiftest possible return to civilian rule.

Deby’s death was announced the day after he was declared the winner of an April 11 election — giving him a sixth mandate after three decades at the helm.

The army said the 68-year-old had died on Monday from wounds suffered; while leading troops in battle against rebels who had crossed from Libya.

The Front for Change and Concord in Chad (FACT) has vowed to pursue its offensive after a pause for the funeral; with spokesman Kingabe Ogouzeimi de Tapol telling AFP that the rebels were “en route to N’Djamena”.

Deby seized power in a chronically unstable country in 1990 and had likewise twice thwarted attempted coups with support from France.

He was also repeatedly returned to office in elections condemned by opponents as fraudulent.

But he gained a reputation in the West as an unfailing ally in the fight to roll back Jihadists, whose campaign has shaken the vast, impoverished Sahel.

The group may name Burkina’s president, Roch Marc Christian Kabore, as interim leader to succeed Deby; who had been its chairman under a rotational arrangement, a source at the G5 Sahel secretariat in Noukachott said.

Macron, who left for France in mid-afternoon, was the only Western head of state to attend the ceremony.

French armoured vehicles escorted Macron to the embassy after his arrival at the military base used for Barkhane’s headquarters; an AFP journalist saw.

The funeral was followed by prayers at the capital’s Grand Mosque.

Deby’s remains were then flown a thousand kilometres (600 miles) east to the village of Amdjarass near the Sudanese border; where he was to be buried alongside his father close to his birthplace of Berdoba.