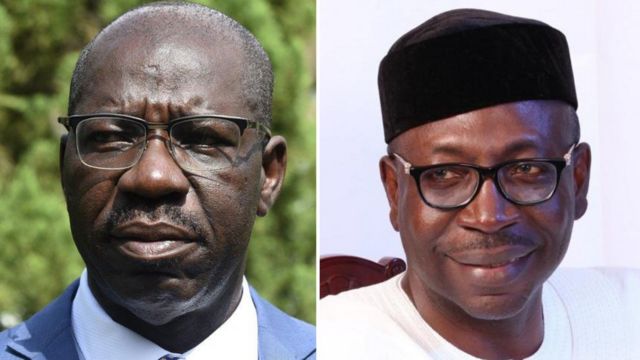 Channels Television has said it is not part of a fictitious polls result compiled by malicious impersonators and fabricators loyal to the Peoples Democratic Party (PDP) and its Candidate, Godwin Obaseki in the September 19 Edo governorship election.

No sooner was the debate concluded than the PDP loyalists came up with a graphically designed image depicting Obaseki as having won the polls by 76.3 per cent while Pastor Ize-Iyamu was depicted to have scored 23.7 per cent.

In a swift reaction, however, Channels television released a disclaimer stating that they had nothing to do with the polls and that the official voting link for the polls was still open.

He said, “It is now apparent that rigging everything is first nature to the PDP and their loyalists. They have clearly shown what they are capable of by going ahead to shamelessly rig an online poll conducted by channels. I can only imagine the disgust that Channels television must be feeling at this shameless act. The PDP is clearly tarnishing the image of Edo state nationwide and they are being bankrolled by a man who has turned Edo state’s account to his personal cookie jar.”

In addition, he advised Edo people to, “come out and vote, and monitor your votes during the elections. There is strength in numbers and we will triumph if we can stand united and combat this tyranny where a governor will try to use our taxes to steal our mandate.”