Chelsea have terminated the contract of their manager Antonio Conte. 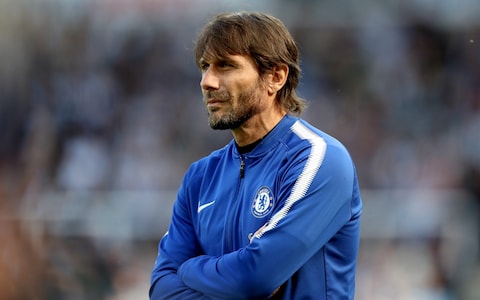 Conte vacated his position after two years in charge of the London club. The manager failed to lead the side into the Champions League last season finishing in fifth place.

It was clear that the Italian manager would not continue in his role after he fell out with a number of players and openly criticised the club’s spending.

The manager exits the Blues having won the Premier League title in his first season at the club. He also won the FA Cup in his final match in charge of the London club.

It is reported that Chelsea owner Roman Abrahimovic has agreed to pay the £9 million compensation fee to Conte.

Conte returned to the Cobham last Saturday to commence Chelsea’s pre-season training, however the Italian will not continue with the team as the club inches closer to signing Maurizio Sarri as manager.

Chesea have agreed a two-year deal with an option of a third with Sarri and only an agreement with Napoli seems to hold the deal back. Napoli refused to end Sarri’s contract despite hiring Carlo Ancelotti as manager. Sarri could be joined by former Chelsea striker Gianfranco Zola as part of the backroom staff.

Sarri is expected to be in charge of Chelsea’s pre-season training camp in Australia.

Chelsea are also close to signing Napoli midfielder Jorginho, who played under Sarri at Empoli and the Naples.