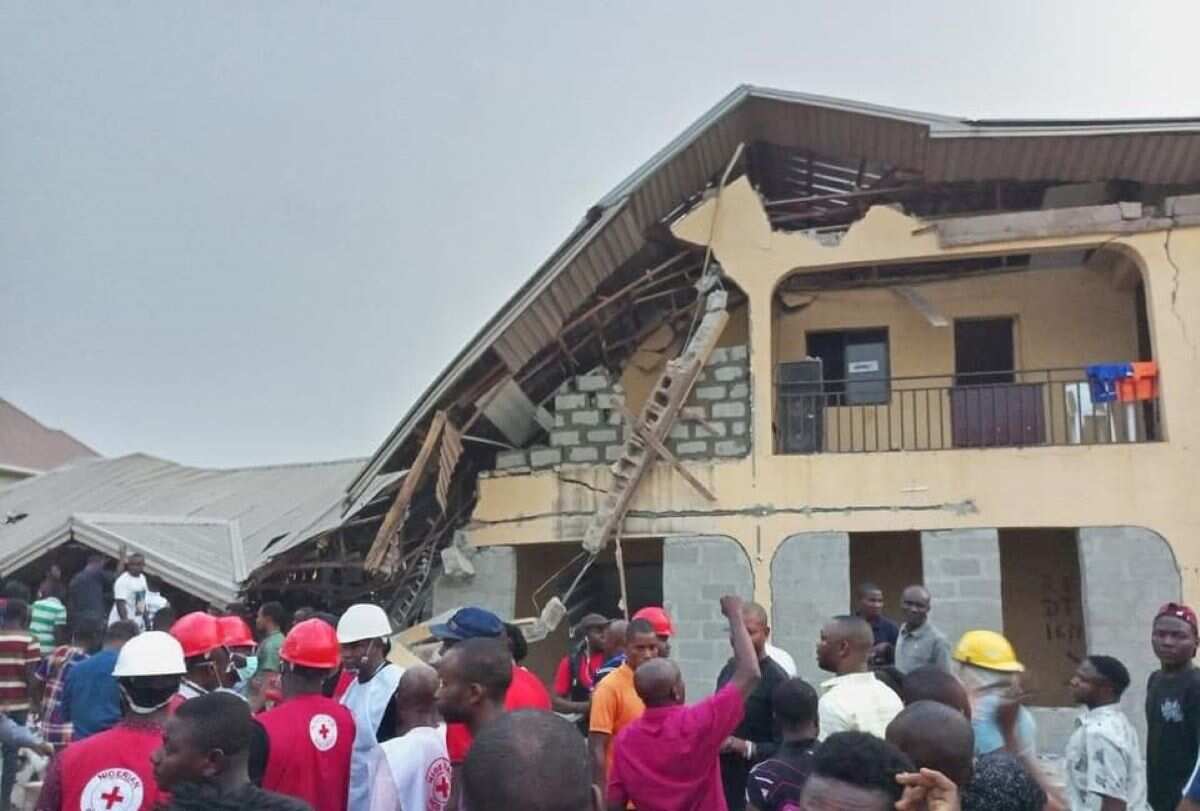 Several persons including children have been feared dead following the collapse of a storey building belonging to Salvation Ministries on Tuesday at Okpanam, Oshimili North Local Government Area of Delta state.

It was gathered that the incident which occured around 5pm especially at the children section of the church trapped over 50 children during bible study.

Witnesses said no fewer than 15 women and 20 children have been rescued.

Secretary to the state government Patrick Ukah, Red Cross officers, and fire fighters were on ground to rescue survivors.

Four persons have reportedly been rushed to Asaba Specialist Hospital as of press time.

It was learnt that the building was initially designed as a plaza before the church occupied the upper chamber.

Pastor David Ibiyeomie is the founder of Salvation Ministries with its headquarters located in Port Harcourt, Rivers State. National Accord