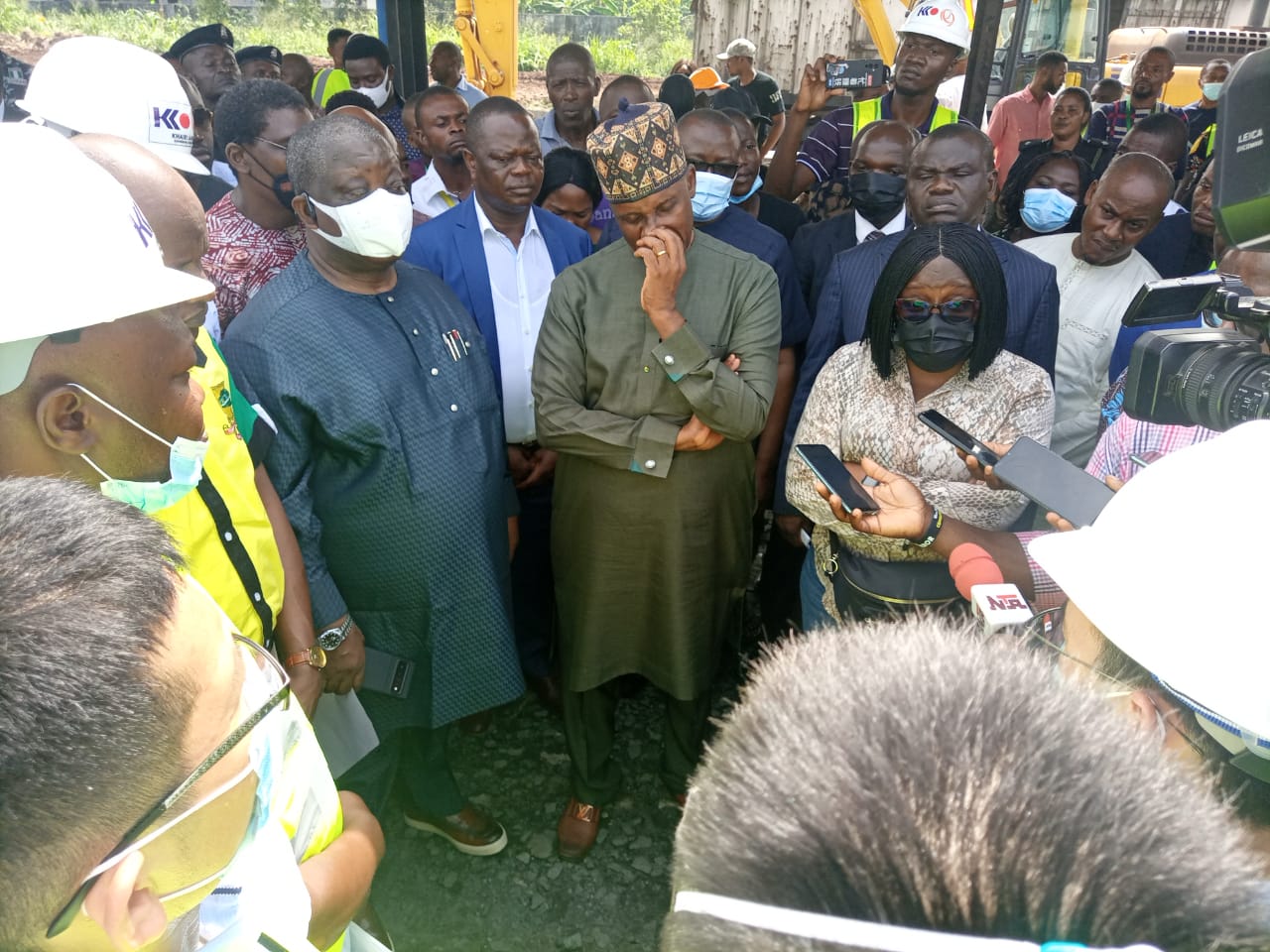 There is a renewed vigour by the Chinese Civil Engineering Construction Corporation, CCECC, which has dispatched to the construction site to begin work on the US$ 3bn 2044.1-kilometer Port Harcourt Maiduguri rail project that is expected to connect states in Nigeria’s south with those in the north via the eastern states.

A fresh commitment from the Chinese firm was secured during a recent inspection, by Rotimi Amaechi, the Minister of Transportation, who was accompanied by Magdalene Ajani, the Permanent Secretary of the Federal Ministry of Transportation; Engr. Fidet Okhiria, the Managing Director of the Nigerian Railway Corporation, NRC and others.

Amaechi, assured that efforts are aimed at laying train lines in the Enugu State capital before September 2022, as he explained that when the Port Harcourt Maiduguri rail project was launched, not enough funds were allocated to them, but he was hoping that since they had some financing, they would try and secure it before they got depleted.

He said that the Federal Executive Council (FEC) was yet to authorize some of the stations where passengers will board or exit the train. When standard gauges are built on the line, the Minister further stated that they should be built in such a way that both the narrow gauge and the standard gauge may share the same infrastructure. He also insisted on increased security to avoid any delays caused by local unrest.

According to Amaechi, CCECC should have cleaned the road up to the Imo River.

On March 10, 2021, the Federal Government began the $3 billion repair and reconstruction of the 1,443-kilometer Eastern Railway Line, which runs from the southeastern oil center of Port Harcourt to Maiduguri in the northeast.

It is anticipated to connect Nigeria’s industrial and agricultural hubs, allowing for the easy movement of people, commodities, and services