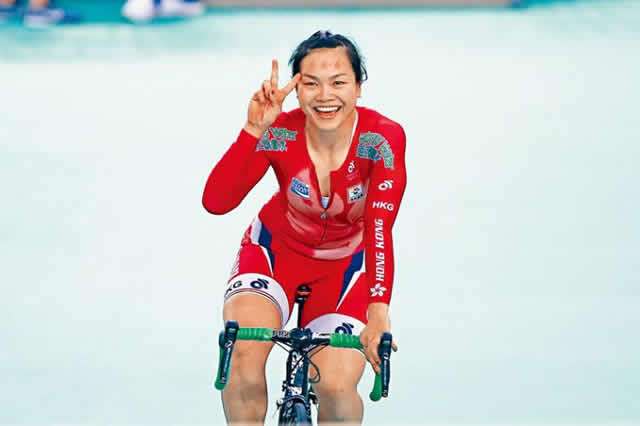 A Chinese female cyclist, Huang Shuang, who rode from Morocco to Lagos, Nigeria, within five months, says she is convinced that anybody can achieve anything he or she determines to do.

Huang, also known as CICI, told our reporters in Lagos on Monday that she was inspired to embark on ‘`cycling around the world’’ after riding around her country.

The cyclist said that her experience in China motivated her to begin global cycling in America where she covered about 5,500 km in two months.

“I am glad that I have also been able to ride from Morocco to Lagos, Nigeria.

“ This is an indication that irrespective of our sex, we can achieve anything we set out to do.

“The whole idea about my cycling started when, one day, I decided to embark on a cycling trip around my country, China.

“After the trip around China, I was motivated to take my first cycling around the world to America, where I covered about 5,500km in two months.

“Now, I am in Lagos from Morocco, after I flew from America to France, where I cycled around Europe for four months, before taking ferry from Spain to Morocco,’’ she said.

The cyclist, who left Morocco for Lagos on Sept. 6, 2017, said that her trip was fascinating though she experienced tiredness, robbery, accidents and sleeping under bridges and in gas stations.

Huang said that she crossed the desert within six days and was well received by many African villages.

The cyclist said that, sometimes, she happily ate local meals made by the villagers.

‘`I have happily sung and danced with children in different African villages and communities where I passed the nights or stopped to cook.

“I have seen the most beautiful sunset, the most stunning mountain views, breath-taking lakes and virgin forests across Africa.

‘`My trip has also exposed me to many African children still living in poverty, hunger, without education and basic amenities,’’ she said.

The Chinese said that she would be cycling to about 33 countries in the next three years, adding that she would continue her cycling from Lagos to Cameroon, Gabon, Congo, Angola, Namibia, South Africa, East Africa and some other countries.

Huang said that her cycling was also informed by her desire to interact with children in African communities before inaugurating a free lunch for them in 2018.

The cyclists said that she hoped to raise some money for the benefit to about 2,000 children.