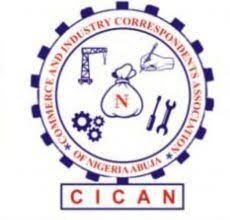 The Commerce and Industry Correspondents Association of Nigeria (CICAN), is set to host it’s 2022 National Conference and Workshop with the theme: “Manufacturing: Despite FX and Energy crisis.”

A statement signed by the Chairman of the Association, Mr. Charles Okonji, noted that President of the Manufacturers Association of Nigeria, Otunba Francis Meshioye, will be the guest of honor while the Minister of Industry, Trade and Investment, Otunba Adebayo, will be the special guest of honour.

The event will take place at Sheraton Hotels and Towers in Lagos on November 3.

According to Mr. Okonji, the theme was selected because of the challenges of FX scarcity and the high cost of fuel coupled with the high electricity tariffs.

“We chose the theme knowing the plights of local manufacturers who now have to rely on the parallel market to source for FX at a high rate”.

” FX had been exchanging for between N500 to N740 to $1 since the beginning of this year, as the Central Bank of Nigeria (CBN) is unable to meet demands at the official window.

” The impact of the Russia and Ukraine war led to diesel being sold for as much as N700 to N900 a liter as against N200 to N300 it was before the outbreak of the conflict.

To this end, CICAN is assembling government officials, manufacturers, dons, experts from different fields, businessmen, and women to brainstorm and proffer ways on how local manufacturers can cope with the current situation in the country, the statement stated.

The statement added that the Director General of MAN, Mr. Segun Ajayi-Kadir will give a keynote address.

The Association will also use the occasion to honor some prominent Nigerians and firms for their various efforts towards moving the country forward.