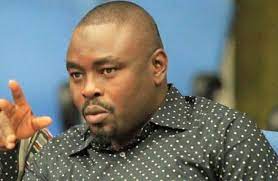 Nigeria’s anti-corruption and transparency in governance, the Human and Environmental Development Agenda (HEDA Resource Centre) has called for professional regulatory bodies to sanction members found guilty or as corruption enablers in the course of duty.

Speaking to journalists in Lagos ahead of the organization’s unprecedented Anti-corruption week, the Chairman of HEDA Resource Centre, Mr. Olarenwaju Suraju maintained that beyond the legal framework consequence, professionals found to be abetting corruption should be further suspended or have their licences of practice on the ground of violating professional ethics.

He said, “Our focus should also be on the enablers who play part in the corruption. It is unfortunate that bankers, lawyers, real estate valuers and doctors are enablers of corruption perpetrated by politicians and civil servants.

“Recently, the suspended and embattled Accountant General of the Federation, Mr. Ahmed Idris returned a cash of $900,000 from the allegedly stolen N109 Billion from the government coffers.  We wrote to the Association of National Accountants of Nigeria, asking for disciplinary action against her fellow but the professional body remains mum. We have given them a 14-day ultimatum before we take it further.

“Doctors are indicted for issuing fake medical reports for suspects during corruption trials. Bankers, lawyers and real estate valuers are enablers in politicians’ money laundering act, we are calling for professional sanctions to be imposed on the professional level on those enablers, we want them suspended or their certificate and license of operations withdrawn.

When asked about the redesigned currency note in fight against corruption, Suraju said the falling of naira at the international market is not of economic value, improvement or production/service, “No currency will stand the test of time if politicians make dollars as means of exchange. We see what happened at the two major parties’ presidential primaries with dollars.

“It will go a long way on how our banks access dollars and appreciate the naira. Nigeria Financial Intelligence Unity should also check how the dollar is transacted and procure by who and for what.

However, the anti-corruption activist called for media collaboration with civil society organizations in fighting against corruption across sectors in Nigeria. He further charged the media on exclusive reports and editorials on anti-corruption advocacy.

Commenting about HEDA Resource Centre plans for this year’s anti-corruption week advocacy, Suraju said the organization will be holding her 6th annual compendium presentation of 100 high-profile corruption cases in Nigeria.

“Also, beyond the compendium presentation, HEDA will also be celebrating outstanding Nigerians with exemplary integrity and impact in the society at the 5th Gani Fawehinmi Impact and Integrity Awards (GFIIA) and Awards to mark the International Human Rights Day, He said.