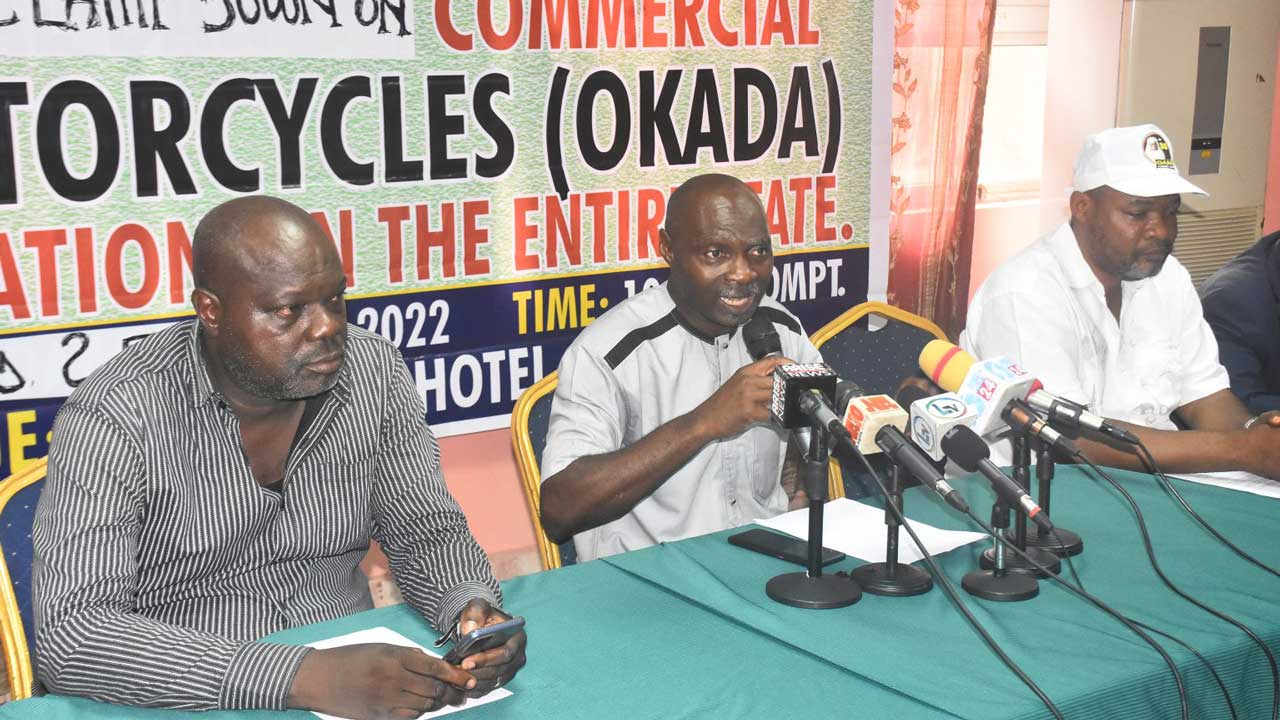 A coalition of civil society organisations, known as The Defend Lagos Coalition Group, has called for a total clampdown of commercial motorcycles (okada) operations in the whole of Lagos State.

The groups made the demand during a world press conference on the total clampdown of commercial motorcycles held at the Excellence Hotels at Ogba in Lagos on Wednesday.

The Defend Lagos Coalition Group is an amalgamation of Civil Society Organisations (CSOs), Faith and Community based organizations, which exist to collectively engage critical stakeholders and advance causes that seek to better the lives of Lagosians.

Speaking on behalf of the groups, the Leader of the Defend Lagos Coalition Group, Comrade, Declan Ihekaire, said Lagos State has gotten to the stage where motorcycles should not be a preferred choice of transportation in a Centre of Excellence.

Comrade Ihekaire, the National Coordinator of Activists for Good Governance (AGG), disclosed that the independent survey carried out by the grassroots-based organisations revealed that the majority of the motorcycle riders in Lagos are foreigners from the Republic of Chad, Niger Republic and other neighbouring countries.

He said the coalition has been able to establish that the activities of the motorcycle riders constitute a very potent risk to the lives and properties of Lagosians. They, therefore, insist that the operation of commercial motorcycles in Lagos must be stopped before it is too late.

“Available records have shown that motorcycle operations have been identified as the favorite of criminals who torment people in traffic and their various communities,” he said.

He said Governor Sanwo-Olu banning operations of motorcycles in some parts of Lagos State has shown without any doubt that he is a dutiful servant of the people who is ever ready to listen and carry out the people’s desires in line with his constitutional mandate for Lagos State.

“The operations of undocumented motorcycles have been banned in Rivers, Akwa Ibom, Kaduna, Kano, Nassarawa, Deta and Abia states. Therefore, Lagos State should do the same.

“The failure to enforce a total clampdown on motorcycles in Lagos will amount to a major threat to peace, public safety and the continued survival of law-abiding citizens of Lagos State. We implore all the law enforcement agents in the state to join forces with the government in implementing the ban without any compromise.”