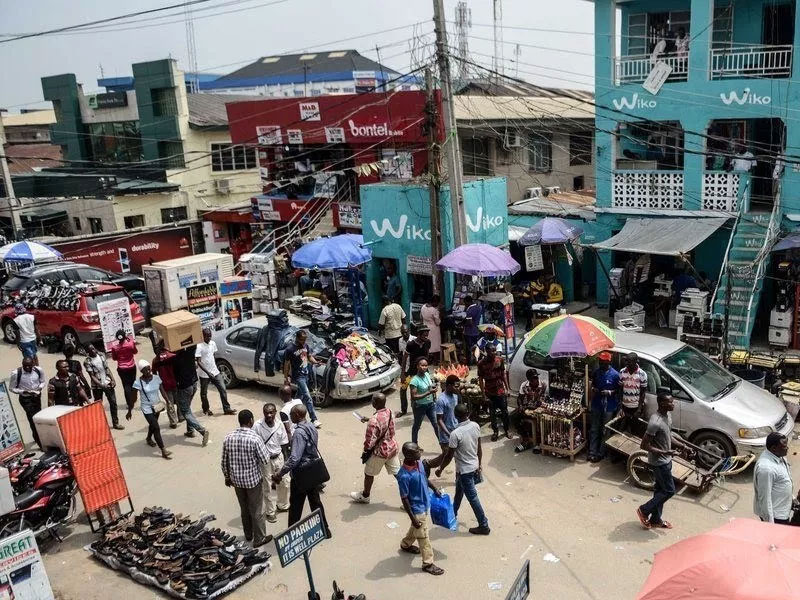 The President-General, Association of Commodity Market Women and Men of Nigeria, Folashade Tinubu-Ojo, has on Thursday installed Adeniyi Olasoji and Abisola Azeez as “Babaloja” and “Iyaloja” of the popular Computer Village.

They had claimed that Computer Village is an international market and that the titles of “Babaloja”and  “Iyaloja” were only suited for markets where commodities like pepper and onions are sold.

The protesters, who paralysed activities at the market for hours, also claimed the market leaders were imposed on them.

They said people outside of the market had no right to choose leaders for them.

But Tinubu-Ojo at a news conference on Wednesday described the protests as ill-informed.

She claimed that, as the leader of all commodities traders, it was within her powers to appoint leaders for any market, including Computer Village as she denied imposing leaders on the traders, saying she only endorsed the traders within the market that were chosen by stakeholders as leaders.

She alleged that some officials of Computer Dealers and Allied Products Association of Nigeria, whose tenure she claimed had expired, were behind the protests.

The market leader alleged that the objective of the sponsors of the protests was to perpetuate themselves in power.

At the installation ceremony, Tinubu-Ojo urged the market leaders to see their installation as an opportunity to serve the traders.

While praying that they succeed in their responsibilities, she urged them to give their best to impact greatly on the traders and the market.

Tinubu-Ojo pledged her support for the installed market leaders to enable them to succeed.

Speaking to newsmen after the ceremony, she said the aggrieved CAPDAN officials had visited her on issues surrounding the installation of the new market leaders.

Tinubu-Ojo said she expressed her displeasure over the protests during her meeting with them and that she blamed them for taking the action instead of engaging her in talks.

She said discussions to iron out all issues with the other party were still on-going.

She said: “I don’t have any issues with them (protesters), they have been here; they came yesterday after I addressed the press and they related their position.

“In fact, the former President of CAPDAN, Adeniyi Ojikutu, came this morning. We talked at length and the next thing for us is to call another meeting.

“I don’t have issues with them. The only thing was that they should have come here instead of carrying placards when they got the information that there was going to be installation.

“They should have come to have a chat with me and perhaps, we may have ironed out issues and understood each other.

“Disagreements are bound to happen, there is no way we won’t step on each other’s toes in offices, markets and so on, but the ability to manage the crisis is what matters, which is the next line of action.

“I have even told the Iyaloja and Babaloja I installed today that we are still going to revisit the issues with the other people at a round table.”