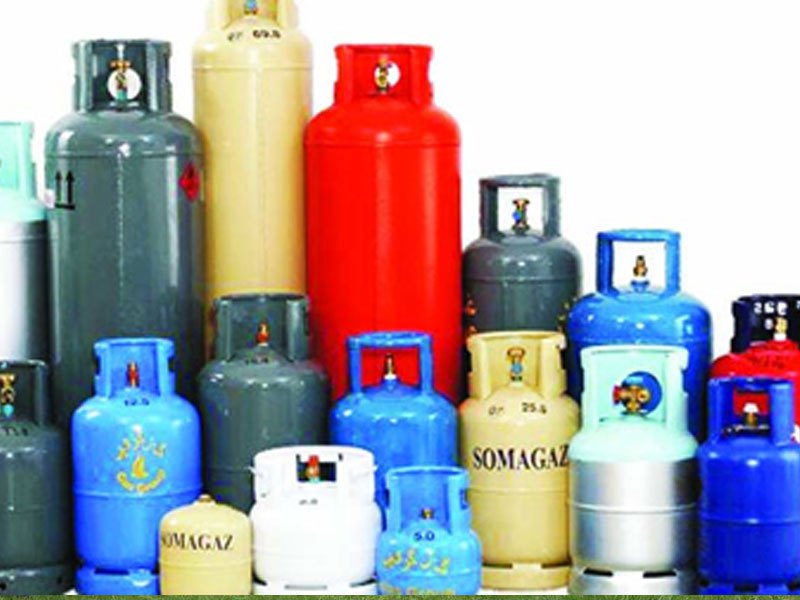 The average retail price for refilling a 5kg cylinder of Liquefied Petroleum Gas (cooking gas) increased by 105 per cent within the last twelve months, findings by The PUNCH have revealed.

The exponential increase in the price of cooking gas also follows a similar trend with other deregulated petroleum products such as kerosene and diesel, which have also recorded significant spikes this year.

The PUNCH had reported that the price of kerosene used by several families have jumped to N800 per litre just as the market is beginning to adjust to the newly increased petrol and gas prices.

A market survey conducted by our correspondent showed that one litre of cooking kerosene, which sold earlier for N700, now sells for between N800 and N850 in urban parts of Lagos State, while the price has hit as high as N1000 per litre in suburb areas at filling stations.

In the same vein, the price of diesel continues to maintain an all-time high of between N750 to N800.

According to the all items index of the latest Commodity Price Index (inflation report), the highest increases were recorded in prices of gas, followed by liquid fuel, solid fuel, garments, passenger transport by road, cleaning, repair and hire of clothing as well as passenger travel by air.

Speaking in an exclusive interview with our correspondent, an energy expert, Bala Zakka, blamed the sharp increase in the price of cooking gas on poor decision-making on the part of policy makers.

He said, “The reason is very simple and straightforward. The model the Nigerian leaders, in this case our economic and political leaders, are using for the downstream sector of the Nigerian oil and gas industry is very wrong. It is a wrong model. That is the simple reason. The answers are not far-fetched. Why is cooking gas not this expensive and inaccessible in other OPEC member countries and other gas exporting fora (Gas Exporting Countries Forum)?

According to him, under ideal circumstances, the price of a kilo of cooking gas in Nigeria should not exceed N100, as was obtainable in other countries with abundance of oil and gas deposits.

Also speaking, an Associate Professor of Economics at the Pan-Atlantic University, Lagos, Olalekan Aworinde, said the continuous increase in the price of cooking gas would push the product, which is a basic necessity, beyond the reach of many. He added that the resultant effect would be increased poverty across the country.

Aworinde said, “If you look at it critically, for people who run restaurants, their cost of production would have increased because they use gas to cook. So, they are likely going to reduce the quality and the quantity of the food that they serve people, and that tells you that the standard of living is likely going to drop. We are also likely going to see a higher level of poverty. You discover that people that were managing to buy cooking gas may not be able to afford it, and at the end of the day, some are likely going to go back to old norms. Using kerosene is not cheap right now.”

A businessman dealing in gas, who identified himself as Victor, told our correspondent that despite the high cost of the product, profit margins were higher than when cooking gas sold for N300 per kilo.