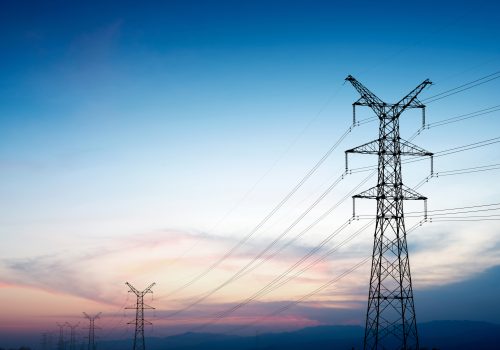 As the world convenes in Egypt from November 6-19 for COP27, a key issue of debate will be expanded financing for developing countries. This issue is critical and especially challenging in the context of the slowing global economy, the impacts of inflation and high energy and food prices, the worsening debt situation of the developing world, the strong dollar, and the continuing impacts of COVID. At COP27, leaders will need to develop more concrete strategies and mechanisms to increase financial and investment flows to developing countries to help them address their energy security, sustainable development, and climate change challenges.

Although recent efforts by industrial countries to expand clean energy and climate funding, such as the United States’ Inflation Reduction Act and the European Union’s RePowerEU and Green Deal, are extremely important to global climate action, the reality as documented in the recent United Nations Environment Programme (UNEP) Emissions Gap Report 2022 and the World Bank’s Energy Tracking report is that the world is not on track to meet either emissions mitigation or sustainable energy goals in the developing world. Expanded efforts to mobilize public and international development institution financing, de-risk clean energy investments, and facilitate private sector financing are urgently needed.

The current, devastating impacts of climate change are abundantly clear in both developing and industrial countries, and there is a strong push by the Group of 77 and China to include the issue of loss and damage from climate events on the COP27 agenda and create a facility to pay for the costs of climate impacts.

At COP26, developed countries indicated that they would increase financing for climate adaptation from the current level of about $28.6 billion in 2020 to $40 billion by 2025. They have however not yet met the earlier $100 billion climate finance target, although they are working to meet it by 2023. An Organization for Economic Cooperation and Development (OECD) report estimates that developed countries managed to provide about $83 billion in 2020, of which about two-thirds consisted of export credits and private finance.

Most analyses see an urgent need for many times greater funding. The World Economic Forum in its 2022 Global Risks Report presented an estimate of $800 billion per year in developing countries by 2025 for climate mitigation. The International Energy Agency’s (IEA) new World Energy Outlook 2022 projects a need for a four-fold increase in clean energy investments (including power, grids, fuels. and energy efficiency) by 2030 in the developing and emerging markets under its Net Zero Scenario with investment rising from about $500 billion currently to over $2 trillion in 2030. Public financing is assumed to represent about 60 percent of these funds.

There is growing pressure on the World Bank to orient more of its funding to climate mitigation and adaptation. World Bank President Malpass responded during the recent IMF/World Bank meetings that the World Bank’s climate funding had increased to a record level of $31.9 billion in the most recent fiscal year. President Biden has pledged to increase United States’ climate funding for developing countries to $11.4 billion per year by 2024, although it is not clear Congress shares the same initiative.

Despite countries’ NDC pledges to expand clean energy investments and the submission or expected submission of more ambitious NDCs from several countries, the latest assessment from the World Bank tracking report concludes: “At today’s rate of progress, the world is still not on track to achieve the [Sustainable Development Goal (SDG)] 7 goals by 2030.” These goals are:

On the first subgoal, even as COP27 focuses on emissions mitigation and adaptation, energy access remains a high global priority since global poverty has increased during the COVID crisis. Although electricity access has increased to 91 percent from 83 percent in 2010, an estimated 733 million people were still without electricity in 2020. Given substantial improvements in South Asia, Sub-Saharan Africa is now the key area for improvement, in both electricity access and clean cooking fuels. Sub-Saharan Africa had 77 percent of the global populations without electricity, or 568 million people. “The largest unserved populations are in Nigeria (92 million people), the Democratic Republic of Congo (72 million), and Ethiopia (56 million).” Meeting the universal access target by 2030 will require about 100 million new connections per year. But at the existing pace, the world will achieve only 92 percent electrification in 2030, with 670 million people still lacking access. However, solar home systems and microgrids, like those rapidly deploying in countries such as Bangladesh, offer the prospect of faster access.

On the second, with declining costs and greater policy priority, renewable energy investments have been growing even during the COVID crisis and reached $366 billion in 2021. But even with the major additions of renewable energy capacity over the past decade, renewable energy accounted for only about 17.7 percent of final energy consumption in 2019 compared to 16.1 percent in 2010. The BP Statistical Review of World Energy 2022 estimates that global electricity generation from hydro (15 percent) and other renewables (12.8 percent) together constituted 27.8 percent of global electricity generation in 2021 and non-hydro renewables grew worldwide by 16.5 percent over 2020. Renewable energy capacity in developing countries more than doubled from 2010-2020. A record 260 gigawatts (GW) of capacity was added globally in 2020, representing 80 percent of all new capacity. Solar and wind accounted for 91 percent of the renewable additions. Coal-intensive Asia saw roughly half of these investments. The International Renewable Energy Agency’s (IRENA) energy transition roadmap calls for a 65 percent share of renewable energy in 2030 and increases in renewable energy capacity investment of 800 GW per year, about three times current levels. Their analysis advocates a combination of guaranteed payments and competitive auctions to obtain low-cost variable renewables and ensure required investor returns.

And on the third, although 2022 is seeing slower growth in energy demand compared with the record levels in 2021 of over 5 percent, improvements in energy intensity are critically important. The SDG 7 primary energy intensity indicator shows some decline since 2010 from 5.6 megajoules per dollar (MJ/USD) in 2010 to 4.7 MJ/USD in 2019. The IEA estimates that energy efficiency improvements from 2 percent to 4 percent per year could reduce CO2 emissions by 5 gigatons by 2030. Building improvements are especially important and accounted for about two-thirds of the $250 billion in energy efficiency investments in 2020. Higher temperatures as the climate warms and the adoption of inefficient air conditioning equipment are increasing electricity loads. The IEA estimates that air conditioning and fans account for about 20 percent of energy use worldwide. Standards and incentives for purchase of higher efficiency systems are sorely needed.

Strategies for de-risking and fostering investment

COP26 saw a marked increase in commitments and engagement by private sector companies and financial institutions. Numerous industry alliances pledging net-zero emissions by 2050 were established, including the 500+ member Glasgow Financial Alliance for Net Zero (GFANZ). The private sector’s role in financing clean energy systems in developing countries is critical and represented 85 percent of capital investment in renewable energy projects between 2013-2018. But the financing tends to be concentrated, with 24 countries receiving 80 percent of the financial commitments in 2019. The least developed countries only represented a quarter of the flows.

COP27 needs to give greater attention to this inequity and particularly how developing countries and donors working together can improve the investment environments in high-risk markets. Although in many cases the problem is a broader one of poor governance and political instability, a focus on improving the effectiveness and transparency of energy regulation, adopting best-practice procurement and power purchase agreements; establishing sound market rules for non-discriminatory access; setting adequate pricing levels; improving metering, billing, collection, and the commercial performance of utilities; and restructuring and modernizing energy sector companies is essential to attract capital and foreign investment. Setting NDC targets is not enough. It is time to follow the lead of efforts like the $8.5-billion South Africa partnership and the Asian Development Bank’s Energy Transition Mechanism announced at COP26 and double down on planning, reform, and implementation.