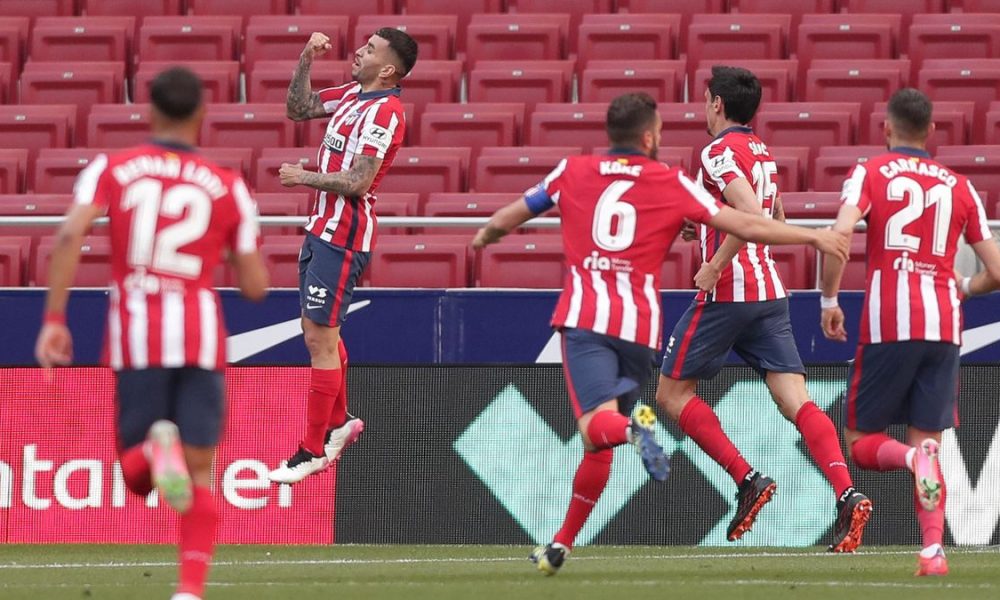 Correa struck either side of Aspas’ penalty kick before both teams had a player sent off in stoppage time.

Mario Hermoso and Hugo Mallo saw red after a confrontation between the pair.

Matters might have been a little easier for Atletico Madrid if not for a rather soft Celta Vigo penalty kick, after Marcos Llorente was harshly adjudged to have handled.

Correa ——  starting up top with Luis Suarez on the bench —— ultimately settled the contest with a cool finish.

Aspas however sliced wide of an open goal with 10 minutes remaining to let Diego Simeone’s side off the hook.

The game’s first shot on target led to the first goal, after Thomas Lemar’s fantastic run teed up Correa.

He slammed a brilliant finish high into the net, leaving Matias Dituro flat-footed.

However, Celta Vigo had a lifeline 11 minutes into the second half.

Jan Oblak flapped at a cross and Aspas was only able to divert it, from point-blank range, onto the chest of Llorente.

The ball bounced down onto the midfielder’s knee and up to his forearm.

But, in spite of there being little possibility of Llorente getting out of the way, referee Jose Luis Munuera Montero pointed to the penalty kick spot after a video review.

Aspas rolled in a cool finish to send the limited-capacity crowd wild, though parity lasted just five minutes as Correa drilled in a fantastic second after he was found by Saul Niguez.

It was Correa’s final act too, with Suarez, alongside new signing Rodrigo de Paul, immediately coming on.

Suarez skied a free-kick and Aspas should have made Atletico Madrid’s profligacy pay, only to somehow miss the target with half of the goal to aim at.

There was more drama late in stoppage time following a foul by Mallo on Suarez, leading to him getting involved with Hermoso.

Both were dismissed for violent conduct, but Atletico Madrid’s 10 men held on.