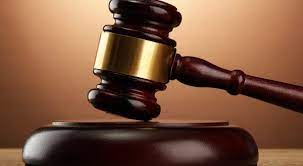 The businessmen, who live at various addresses in Makurdi Local Government Area of Benue, were charged with criminal conspiracy, armed robbery, kidnapping and acts of terrorism.

However, the Magistrate, Mr Vincent Kor, did not take the plea of the defendants for want of jurisdiction.

Kor adjourned the matter until Oct. 27 for further mention.

Earlier, the Prosecutor, Insp Godwin Ato, told the court that the case was reported by the husband of the victim, Alhaji Songo Anor at the Operation Zenda Joint Task Force, Makurdi on Nov 12, 2021.

Ato said the victim’s husband reported that on Nov 7, 2021, gunmen numbering about four invaded his residence at Nyon Layout, Makurdi, robbed his wife of an undisclosed amount of money and abducted her to an unknown destination.

The complainant stated that the men held his wife hostage for nine days and collected a ransom of N3 million before releasing her.

Ato told the court that the men were arrested during police investigation, and they confessed committing the crime.

According to the prosecutor, the offence contravenes the provisions of the Robbery and Firearms Act, 2004 and the Hostage Taking, Kidnapping, Secret Cult and Similar Activities Prohibition Laws of Benue, 2017. (NAN)