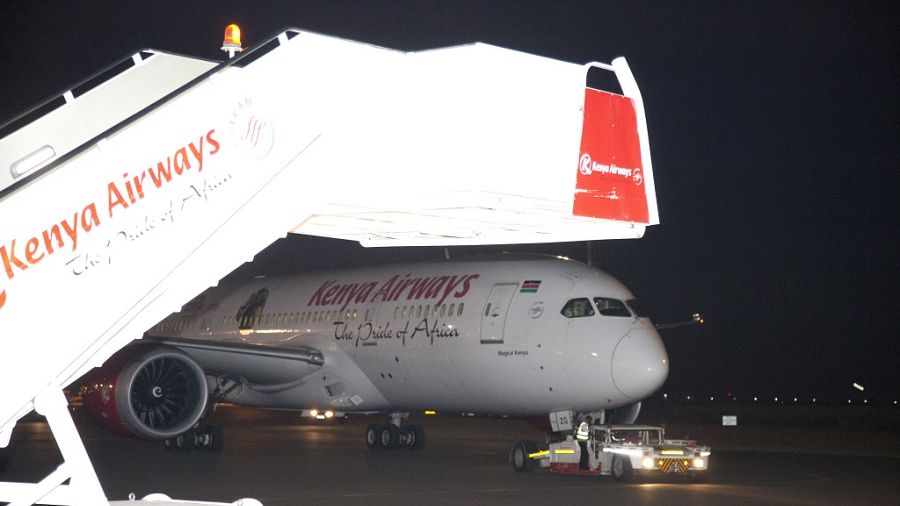 The COVID-19 pandemic has done much harm in the aviation industry in Africa with many carriers losing unprecedented revenue.

Currently many prominent carriers like Kenya Airways have trimmed business trips across the continent down to an absolute minimum. Popular destinations to Asia, Europe, and North America have also been affected.

In February, Air Namibia ceased operations and filed for bankruptcy.

The airline had been in operation for more than 70 years. For a year now, South African Airways has grounded its fleet. It had been struggling even before the COVID-19 pandemic struck.

Immaculate Maina was a frequent flyer — before the pandemic. She often made business trips from her home country Kenya across the continent and liked to work from VIP lounges at airports.

“I miss being where I want to be and working the way I want to — but because of the pandemic, the frequent flyer program doesn’t exist anymore,” she told DW.

The VIP lounges that were her favorite working spaces have been converted into coronavirus test centers.

DW reports that around 54 million passengers flew by plane within Africa during the pandemic in 2020. In the previous year, twice as many traveled. According to figures from the African Airlines Association (AFRAA), the turnover of airlines on the continent decreased by around €8.6 billion ($8 billion). This has been a heavy blow to an industry that raced from one record to the next before the crisis. And there is no end in sight to the downward trend.

“We know that 2021 will also be a challenging year,” said Abderahmane Berthe, secretary general of AFRAA. “Many airlines are on the verge of bankruptcy, while others are already winding up their operations.”

“Unfortunately, the support we have asked governments and other donors to provide is only coming in very slowly,” Berthe added. He also points to the new virus variants and the slow vaccination rate on the continent.

“It may be that passengers have to fly through hubs outside the continent if they want to go from one African country to another,” said Berthe. His association is trying to ensure cooperation among the airlines to fill the gaps that have arisen.

However, some actors also see the current crisis as an opportunity. After Air Namibia ended its operations in February, Africa’s number one carrier — Ethiopia Airlines — seized the opportunity and expanded its range of flights to Windhoek in Namibia.

The small South African airline Airlink also reacted quickly, and has offered flights on former Air Namibia routes for a few weeks now. Beyond that, low-cost airline LIFT was launched in Johannesburg in December — in the middle of South Africa’s second COVID wave.

“This shows that despite the pandemic and its economic impact, there is still some confidence among some investors,” said Phuthego Mojapele, an independent aviation expert and consultant from South Africa.

Regardless, “there is little that the airlines can do; everyone will have to make drastic changes in the near future,” Mojapele said in an interview with DW.

According to Allan Kilavuka, CEO of Kenya Airways, one of these changes are already emerging. “We will have to diversify our business, and freight is at the top of the list.” The airline suffered a 60% drop in passenger numbers in 2020, resulting in a record loss of around €277 million ($331 million). Nevertheless, Kilavuka remains optimistic. “We want to grow and reduce our costs at the same time.”

Ethiopian Airlines has shown that cargo aviation can be a viable alternative in pandemic times. The largest airline on the continent foresaw an increased demand for goods traffic early on, and had 25 passenger planes converted from March 2020.

According to its own information, Ethiopian Airlines has made more than 5,500 cargo flights with converted aircraft since then. Customers include the World Health Organization, aid agencies, and UNICEF — which uses the offer to distribute food, medicine, medical protective equipment, and vaccines.

When passenger aviation in Africa may return to pre-crisis levels is uncertain, according to Berthe of AFRAA. This depends on the speed of the vaccination, which is lagging on the African continent.

Just recently, the Africa Centres for Disease Control and Prevention (Africa CDC)  announced that it could take until the end of 2022 to vaccinate at least 60% of the continent’s population. Berthe does not expect air traffic to recover before that.

Despite the shortfall, a digital COVID-19 passport developed by the African Union (AU) could address the long queues at Africa’s airports. Instead of lengthy checks or test and vaccination certificates, passengers can now use the My COVID Pass app.

Some airlines have already integrated it into their own travel apps so that passengers may have digital proof that they meet the entry requirements for their destinations.