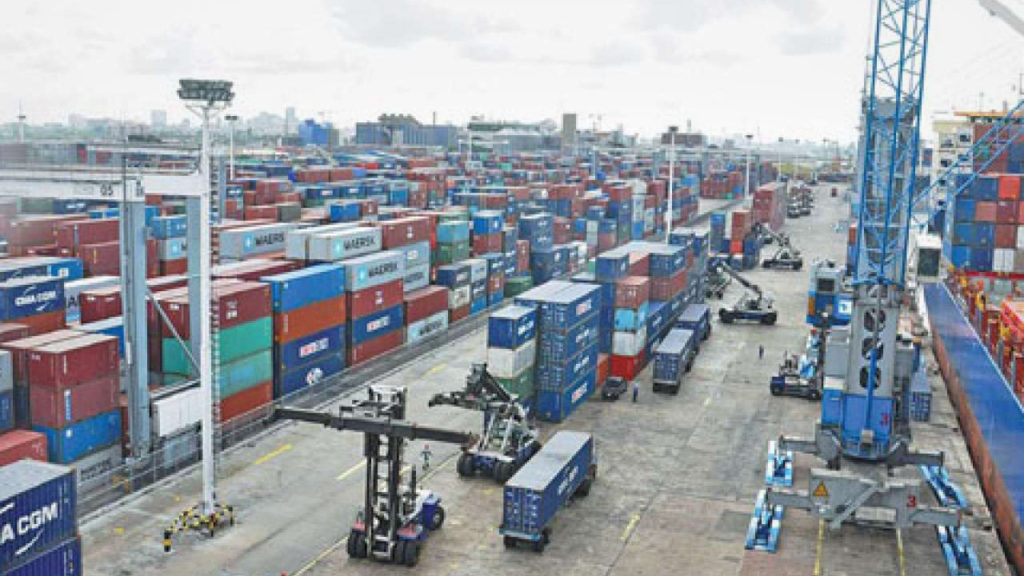 “The Command has witnessed a major paradigm in its statutory functions.  This trajectory provided the needed impetus for the smooth implementation of the Presidential Directives on Ease of Doing Business”

Generally speaking, it is instructive to note that the command has gone beyond Revenue Collection/generation, to creating an enabling environment for Legitimate businesses to thrive in line with the Presidential mandate, with the resolve by the Command to achieve speedy clearance of cargo from the Ports and also reduce the cost of doing business.  It is all these several factors that has projected the command as a hub and most business friendly with remarkable profile.

According to the Controller of the Command, Comptroller Musa MBA “Sequel to the urgent need for balance of trade through Export, the Command, during the period under review embarked on full automation of Export procedures as a panacea for seamless transactions”

“The milestones recorded in the area of Export is clearly indicative of awareness by Stakeholders on the available opportunities inherent in Export business. The Command will continue to sensitize and encourage would be Exporters” Musa said

The Command is leaving no stone unturned in the area of anti-smuggling in view of the devastating effect of smuggling to the Nation and its implications on Lives and Security.

Consequently, deliberate and concerted efforts are being made to ensure that examination and releasing officers remain proactive/preemptive in the discharge of their statutory functions.

Consequent upon the anti-smuggling drive by the Area Controller, the Command recorded seizures of 5 x 40ft and 4 x 20ft containers consisting of various uncustom goods during the period under review ranging from used tyres and used rims, bags of rice, cartons of Tramadol and other pharmaceuticals with a total Duty Paid Value (DPV) of One Billion, One Hundred and Fifty-Nine Million, Two Hundred and Fifteen Thousand, Six Hundred and Thirty-Seven Naira (N1,159,215,637.00).

“The need for facilitation  of Legitimate Trade is at the front burner of our discourse, and this necessitated the creation of various platforms for expeditious resolution of disputes and issues related thereto”

This approach according to Comptroller Musa, has led to the speedy resolution of disputes arising from Valuation, Classification, PAAR etc at least to the barest minimum.

TinCan Island Port Command is also working out actionable modalities for the  use of Barges in  transferring  Cargo from the Mother Port to off-dock Terminals.  This is with a view to reducing congestion and speed up cargo delivery considering the fact that Cargo throughput is increasing, and road infrastructure is overstretched.

“The Command will continue to strive for excellence in achieving the mandate of the Comptroller General of Customs, Col Hameed Ibrahim Ali(Rtd) and his able Management”

Also, the Controller stated that efforts will remain in top gear towards the removal of Bureaucratic  bottlenecks and impediments in the trade value chain.  “Our ultimate aim is not just to key into the Presidential Directives on Ease of Doing Business which is in line with World Customs Organization’s  (WCO) Trade Facilitation Agenda but to be seen as being at the Vanguard”

“The Command would like to appreciate the support and collaboration of Partner Government Agencies  –  Standard Organization of Nigeria (SON), National Agency for Food, Drugs, Administration and Control (NAFDAC), Nigeria Police Force, Quarantine, National Environmental Standard and Regulation Enforcement Agency (NESREA), Importers, Agents and Other Critical Stakeholders including the Press both Print, Electronic and Online in this onerous task of Nation Building” Musa stated.