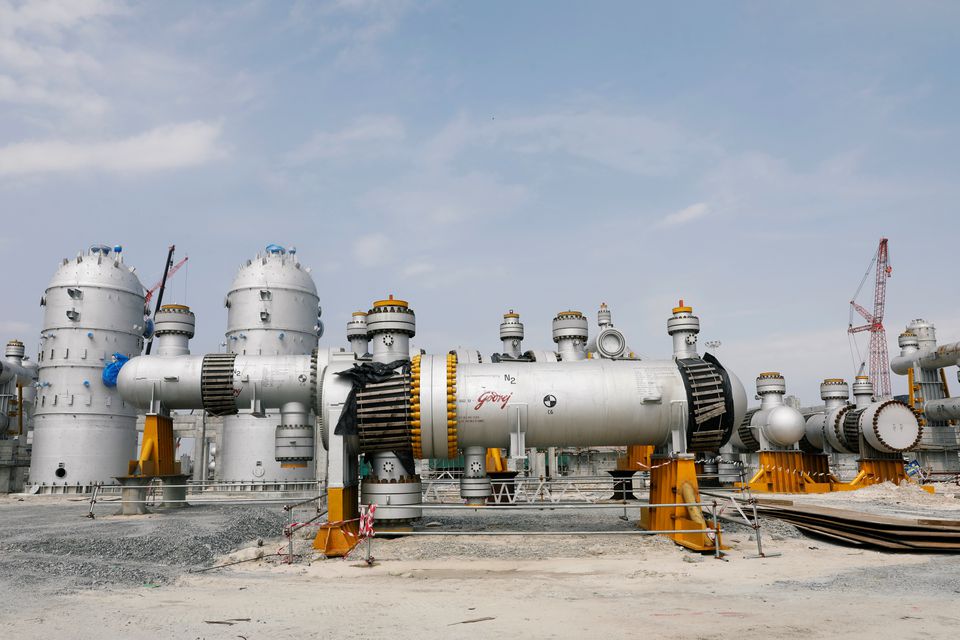 An oil refinery being put up by Nigerian billionaire Aliko Dangote may be the perfect rescue for Africa’s largest petroleum producer that has struggled to provide ready products to motorists.

In spite of having the largest oil reserves in Africa, Nigeria’s inability to refine the products locally has seen the country’s motorists line up of hours at petrol stations jostling for scarce resources.

Now, the Dangote Petroleum Refinery being put up at a cost of $19 billion and expected to be completed later this year, could partially solve the problem by refining the oil locally. The plant was initially meant to cost $9 billion when its construction began in 2015.

Situated in Lekki Free Zone near Lagos, the commercial nerve centre of Nigeria, the refinery is expected to be Africa’s biggest oil and the world’s biggest single-train facility upon completion.

Officials say they had to hire 17,000 more workers to speed up completion this year, raising the workforce to 57,000 labourers.

Its prospectus says the petroleum refinery complex will have a 650,000-barrel capacity and will process a variety of light and medium grades of crude, as well as the Euro-V quality clean fuels, including gasoline and diesel, and jet fuel and polypropylene.

“It makes me feel terrible to see a country as big and resourceful as Nigeria with a high population, importing all its petroleum products, so, we decided it is time to tackle this challenge,” Mr Dangote, the President of Dangote Group, said at the 2022 Nigerian Content Midstream and Downstream Oil and Gas Summit in Lagos.

“We should not as a country be comfortable with generating revenue from crude oil export alone, because tomorrow people may not need crude oil.

“If we do not move from crude oil to something else, we will have issues as a country. This is one of the things that I took upon myself to help address,” he said.

Since April this year, Nigeria has faced a stark shortage of refined fuel. And motorists who patronise black marketers pay at least 150 percent more than the pump price of N165 ($0.35 cent) per litre, yet unsure of the quality of the fuel.

Some motorists have reported their vehicles developing faults after using the adulterated petrol bought from black market operators.

The scarcity of the products has continued even after the new National Nigeria Petroleum Corporation (NNPC) insisted that there is availability of fuel.

Although the retailers have adjusted their pump price from N165 ($0.35) per litre to N175 ($0.39) per litre, the product remains elusive despite Nigeria’s claims of massive importation.

Nigeria, which started exploring and exploiting crude oil in 1956, remains largely an importer of petroleum products even as it exports an average of two million barrels of crude oil daily.

Its four petroleum refineries in Warri, Port Harcourt and Kaduna have been moribund for decades, making the Africa’s most populous country dependent on import which consumes the larger chunk of the foreign exchange earnings from crude export.

Mr Devakumar Edwin, the Group Executive Director of Dangote Industries, confirmed the $19 billion cost of the firm when completed and that the petrochemical project houses the world’s biggest ammonia plant, which had started producing fertiliser.

He said the state-owned Nigeria National Petroleum Company (NNPC), a facilitator of exploration and exploitation of oil and gas, has acquired 20 percent stake in the refinery that is worth $2.7 billion.

The Managing Director of NNPC, Mr Mele Kyari, in July 2022 confirmed that the corporation had paid an initial amount of $1 billion for the ordinary shares it acquired in the refinery

Kyari said the investment in the refinery will guarantee energy security for Nigeria.

With Dangote Refinery in place, coupled with the planned completion of the rehabilitation of the Port Harcourt, Warri and Kaduna refineries by the end of 2023, Nigeria could become a hub of petroleum products in Africa.

He explained that the rehabilitation of the three state-owned refineries was ongoing, saying: “We have been trying to fix our refineries. We have awarded the contracts.”

“We, as a national oil company, have the responsibility to ensure energy security for this country and the meaning of this is that you must secure the supply sources,” Mr Kyari said.

“That means with the NNPC’s refineries in place and Dangote Refineries operating along with other initiatives that we are making, we are going to have a massive hub of petroleum production in West Africa.

“This will change the flow of product supply in the whole globe and scarcity will be history in Nigeria.” East African