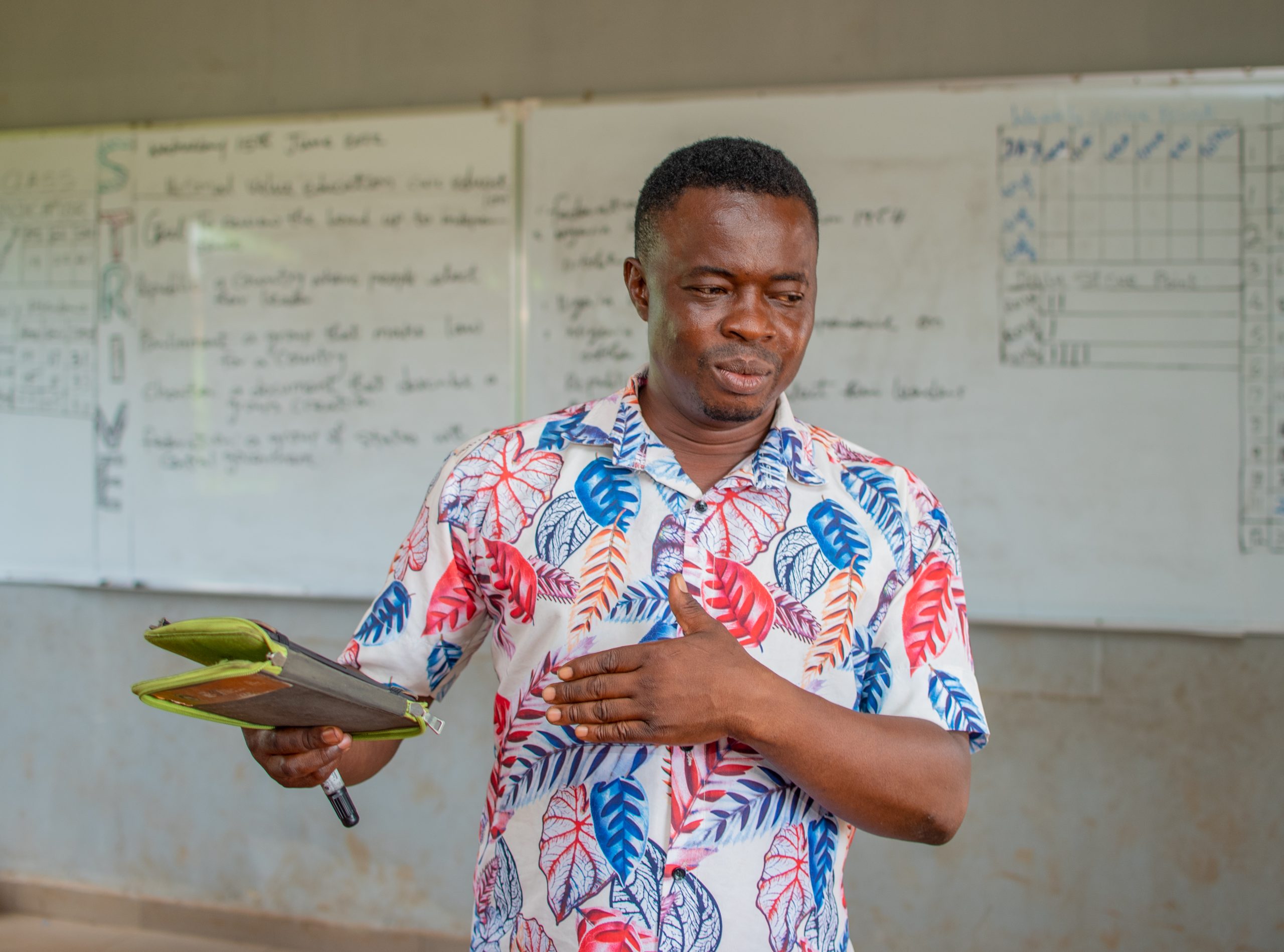 When David Omoruyi received a text message that he was going to be part of the EdoBEST teacher Induction training, he smiled because he considered it a prayer answered.
By February 2022, David joined 2,436 other teachers in a training that he describes as “a life changing experience, because it changed my perception to child-handing in the classroom.”
The training ingrained a new methodology in participating teachers. The content included strategies for classroom management, child-handling and motivation, principals for stakeholder engagement and management.
Above all, it was the launching pad for a whole new method of delivering lessons to hundreds of pupils: highly standardized education.
Last week, a new study released by Nobel Prize winner, Professor Michael Kremer, established that Bridge kenya Schools (which use the same methodology taught to David and his colleagues in the EdoBEST programme) is delivering exceptional learning outcomes in Kenya.
According to Professor Kremer and his team, the holistic methodology delivers among the largest learning gains ever measured in international education.
The study found that after two years, primary school students in Bridge Kenya schools are nearly a whole additional year of learning ahead of children taught using standard methods.
For early childhood development (ECD) – typically 3 to 5-year-olds – children gain nearly an additional
year and half of learning, learning in two years what students in other schools learn in three and a half years.
In academic terms, that method of teaching increased student learning by 1.35 standard deviations for early childhood students and 0.81 standard deviations for primary students.
To put these into context, these effect sizes far exceed the 99th percentile and represent learning
gains in the top 1% among large, rigorous studies in emerging markets.
In a continent where little learning is taking place in majority of schools, if replicated at scale across public education systems, the gains would be enough to put African children from underserved communities on track to match their peers in countries with incomes three or four times higher.
In 2020, Professor Emmanuel Nnadozie, the Executive Secretary of the African Capacity Building Foundation (ACBF), an agency of the African Union Commission, in an interview said African countries must pay particular attention to education.
“… there is too much schooling and too little learning,” Professor Nnadozie said.
A report developed by the Brooking Institutes article notes that “If you want a glimpse into Africa’s education crisis there is no better vantage point than the town of Bodinga, located in the impoverished Savannah region of Sokoto state in northwestern Nigeria. Drop into one of the local primary schools and you’ll typically find more than 50 students crammed into a class.
“Just a few will have textbooks. If the teacher is there, and they are often absent, the children will be on the receiving end of a monotone recitation geared towards rote learning.
This was also obtainable in Edo state before the introduction of EdoBEST. “Teachers were often not in school, most of those that came were engaged in one form of business activity or the other, so they didn’t have much time to teach,” Monika Ugiagbe, a pupil’s mother said.
With the introduction of EdoBEST, mechanisms were put in place for pupil and teacher monitoring, and the technology that underpins the programme is smart enough to notify public school leaders that a teacher was not teaching when that was the case.
“The system has made things easier for the pupils and the teachers. We are enjoying EdoBEST,” David said. “I had taught before now, but this methodology is more attuned to the realities of the moment.
African education sector thought leaders looking to drastically improve learning outcomes in their public-school system can learn a lot from the methodology underpinning EdoBEST for wholesale systematic transformation. This they can do by adopting standardization of their education systems and implementing reform akin to EdoBEST.
As examples, Lagos and Kwara, both states in Nigeria have adopted similar changes and when 36 chairmen of State Universal Basic Education boards met in Edo state to discuss the role of technology in education, most of them praised the EdoBEST model. They were unanimous in stating that it is capable of transforming learning outcomes.
Professor Kremer believes that standardization could hold the key to ending learning poverty in Africa. He notes that “this study shows that attending schools delivering highly standardized education has the potential to produce dramatic learning gains at scale, suggesting that policymakers may wish to explore incorporation of tandardization, including standardized lesson plans and teacher feedback and monitoring, in their own systems.”
Education sector though leaders therefore have a beacon to follow.