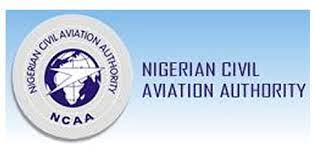 Many aviation agencies are in a serious dilemma over how to recoup the several billion of debts owed by defunct airlines.

Many of the nation’s defunct carriers like Chanchangi, Bellview, Sahara Airlines, ADC, Afrijet, Air Mid West, Air Nigeria, Albarka, and Associated among others are said to be owing the various agencies including other service providers before they went out of operations.

This is coming as the NCAA said it would deny airlines service until they show evidence of settlement from the old debts as agreed, adding that new services would be provided on a cash and carry basis or a pay-as-you-go basis.

It was initially not known the modalities the NCAA, particularly would adopt to collect monies owed or whether what is owed would be written off as ‘bad debt’ and would no longer be accounted for.

A source in NCAA who spoke to Aviation Metric said, “NCAA is in a fix on how to get its money from the ‘dead’ airlines because the substantial amount owed is from some of the extinct airlines. Now that they are no longer in operation, it remains to be seen how it will go about it”.

Spokesman for NCAA, Sam Adurogboye told Aviation Metric that the aviation regulatory body would recover the debt repayment plans submitted to the NCAA by the various operators.

As for the non-operating airlines, Adurogboye said the agencies would recover their money when they come back to service.

His words, “We are to recover them via an agreed debt repayment plans submitted to by NCAA by the various operators. As to non-operating airlines, it is when they come back to service. Even for those in operation, services are not rendered to them until they show evidence of settlement from d old debts as agreed. The new service is cash and carry. This is how it goes.”

Meanwhile, airline operators under the aegis of Airline Operators of Nigeria (AON) have said that debts owed to various aviation agencies should not be a source of worry, stressing that airline operations, worldwide, are not a cash-and-carry business.

The group added that every airline in the world owes debts that are settled as their operations go on, with Nigeria, not an exception.

AON has asked its members with such bad debts to engage the agencies and put forward repayment plans.

Many of the airlines listed as owing the various agencies are extinct and one that would prove difficult for debt recovery.

AON in a statement by its Vice Chairman, Mr. Allen Onyema said, “The Airline Operators of Nigeria (AON) wishes to state its very strong reservations for such accusations, and we deny very strongly that our members are defrauding or defrauded government agencies of the said amount or any amount for that matter”.

“Airline Operations, worldwide, is not a cash and carry business. Every airline in the world owes debts which are settled as their operations go on. Nigeria is not an exception”.

“It is true that some of our members have very bad debts but not all our members owe such debts. The owing of debts in it does not amount to fraud. We frown very strongly at the criminalization of all Nigerian airlines as a result of the said debts”.

He noted that the carriers in Nigeria are operating in a very harsh environment and need all the support from everyone.

Explaining what happened at the stakeholders’ meeting, Onyema stated that various parties were present at a stakeholders’ meeting and the DG NCAA did not at any time use such uncomplimentary words to describe Nigerian airlines, noting that the meeting ended on an amicable note with everyone agreeing to work together to address the debts.

The NCAA DG had on Tuesday reeled out debts owed the various aviation agencies, disclosing that aside from N19 billion and $7.8 million debts owed to NCAA, the carriers are also said to owe the Federal Airports Authority of Nigeria (FAAN) and the Nigerian Airspace Management Agency (NAMA) to the tune of N18 billion and N5 billion, respectively.

He warned that if the debts owed to the agencies were not paid back immediately in the next few, the aviation agencies and by extension the aviation sector risk collapse.

Nuhu also gave the operators a one-month ultimatum to sign a Memorandum of Understanding (MoU) with NCAA, which would stipulate the repayment plans of their debts to the agency.

Nuhu expressed disappointment over a letter, which emanated from the Airline Operators of Nigeria (AON), signed by Alhaji Abdulmunaf Yunusa, the President of AON, dated August 8, 2022, and addressed to Hadi Sirika, the Minister of Aviation that accused the agencies, especially the NCAA of muscling out the operators through multiple charges. Source Aviation Metric.