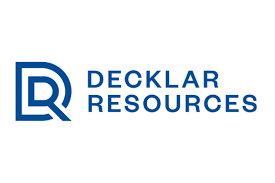 Decklar and its co-venturer Millenium Oil & Gas Company Limited have increased production from the Oza Oil Field to a total rate of approximately 1,300 barrels of oil per day, bopd.

The firms have received the first payment for the sale of crude oil from the Oza Oil Field since recommencement of operations.
Decklar and Millenium have issued another invoice for delivery of 5,000 barrels of crude oil, bbls, to ERPC under the recently signed 30,000 bbls crude sale agreement., and initial payment for previous deliveries totaling 10,000 bbls has now been received.
Trucking of oil from the Oza Field is ongoing to the ERPC facility in Edo State, Nigeria. Ten trucks are currently in operation and are capable of delivering approximately 2,500 bbls every four days. Additional trucks are expected to be contracted over the next few weeks to increase delivery capacity.

Sanmi Famuyide, CEO of Decklar Resources, said, “We are extremely pleased to announce that we received the first payment for Oza field production since the involvement of Decklar and that we have recommenced production from the Oza Field at a rate of approximately 1,300 bopd.

“The reopening of Oza-4 went very smoothly and the lighter crude produced allows us achieve a crude oil blend with the Oza-1 production that will enable the Company and our co-venturer Millenium to ramp up deliveries of oil to market in the very near future. Additionally, trucking operations to deliver oil to the ERPC facility are running steadily and we are moving into a routine cycle of delivering and selling material quantities of crude oil.”