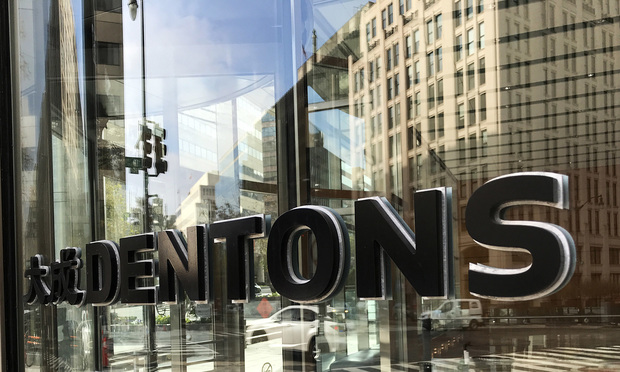 Dentons has agreed to partner with Nigerian practice Adepetun Caxton-Martins Agbor & Segun (ACAS-Law) to become only the second global law firm with a presence in Africa’s largest economy.

The deal has been announced on the 30th anniversary of ACAS-Law, which is best known for its oil and gas practice but operates as a full-service firm.

It has seven partners and 52 lawyers working out of offices in Lagos, Abuja and Port Harcourt.

Dentons said the combination would be the first of its kind Nigeria, formalising a long-standing relationship between the two firms. The only comparable deal to date was secured in 2017 by DLA Piper, which added Olajide Oyewole to its African alliance, DLA Piper Africa, which, like Dentons Group, operates as a Swiss Verein made up of independent firms.

“The combination with ACAS-Law builds upon our strategy to become the leading Pan-African law firm owned and controlled by Africans and located in key markets,” said Elliott Portnoy, global CEO. “Nigeria, as Africa’s leading economy, is a priority market for our clients.”

ACAS-Law is 60% female owned and led by a female managing partner, Felicia Kemi Segun, who said her firm shared the Denton’s “vision”.

Nigeria has long been regarded as a crucial market for international law firms seeking to grow an African footprint, but also a difficult one to enter because its leading firms have been reluctant to give up their independence.

Moray McLaren, co-founder of Lexington Consultants, said: “Nigerian law firms are finding the economic downturn and political uncertainty hard and it is wrong to blame everything on Covid. Firms realise they need to modernise to remain competitive and, at the same time, this means passing the baton to the next generation of leaders.

“At the height of the last boom international tie-ups were viewed suspiciously, while the ‘strategic partnering’ approach of the South African and global law firms is today seen more positively.”