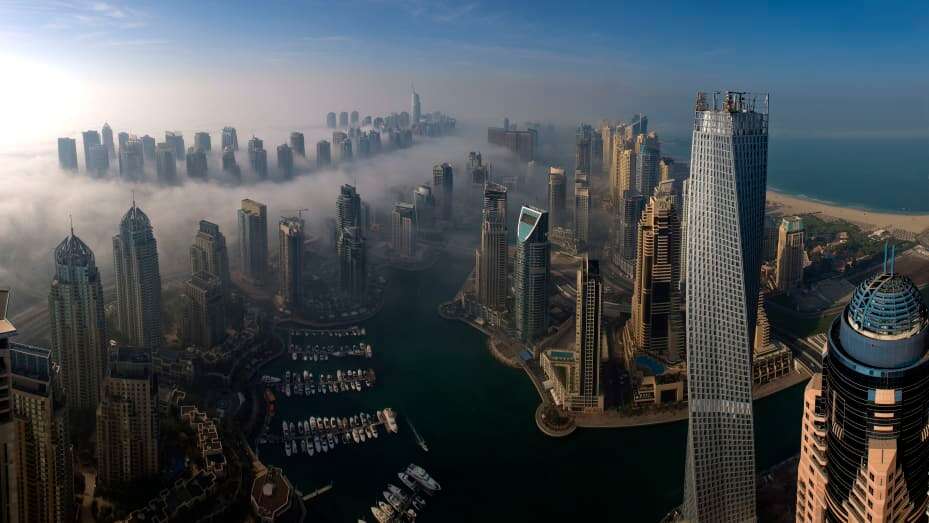 Dubai on Wednesday announced a prodigious $8.7 trillion economic plan for the coming decade, aimed at turbocharging trade, foreign investment and its place on the map as a global hub.

“Dubai will rank as one of the top four global financial centers with an increase in FDI to over AED 650 billion ($177 billion) over the next decade,” Sheikh Mohammed bin Rashid al Maktoum, the ruler of Dubai, tweeted. “Over 300,000 global investors are helping build Dubai into the fastest growing global city.”

Dubai aims to double the size of its economy in the next decade and become one of the “top 3 economic cities around the world,” the Sheikh’s tweet read.

The news comes just a few days after Dubai announced an end to its steep 30 per cent tax on alcohol, a move that looks to have been made to boost tourism and business. Recent years have seen the emirate which is the glitzy commercial and tourism capital of the oil-rich United Arab Emirates roll out a flurry of reforms aimed at making it more attractive for foreigners and international companies to live and invest.

The sheer size of the city’s economic goals may draw some skepticism, but finance experts in Dubai believe they are achievable.

“The numbers sound ambitious but Dubai has never been short on ambition,” Jetha said. “As neighboring countries like Saudi Arabia open up and look to capture more regional business, Dubai is setting its sights higher and is seeking to be a global hub.”

Dubai has long been a regional hub for the Middle East but has of late made changes to integrate further with other parts of the world. It is home to a diverse 90% expatriate population and has for many years offered lifestyles comparable to those in the Western world — along with beaches, no income tax, and one of the world’s lowest crime rates.

The UAE also recently changed its Islamic weekend of Friday-Saturday to the Western weekend of Saturday-Sunday, to be in line with much of the rest of the world, and began offering a remote worker visa program through the coronavirus pandemic as more people adopted a remote work lifestyle.

An early rollout of vaccines for its entire population in early 2021 allowed Dubai to return to “normal life” during the pandemic far sooner than most other places, drawing waves of new residents and visitors. Its real estate sector is currently booming, and Dubai was recently ranked as one of the world’s top ten best cities for expats to live and work.

As much of the world looks ahead to a grim and bearish 2023, with forecasts of widespread recessions, high energy costs and slow economic growth, the Gulf states generally are set to flourish, says Nomura’s Fadlallah — buoyed by still-high oil prices and driven by a desire to diversify their economies.

“I think the GCC is going through a Golden Age,” Fadlallah said, referring to the Gulf Cooperation Council states. Its “economies have never been bigger, stronger, more diversified and more integrated into the global economy.”