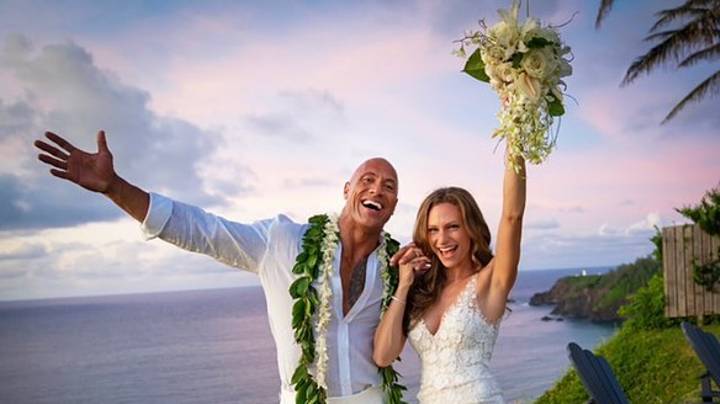 American actor and retired wrestler, Dwayne Johnson, commonly referred to by his ring name, ‘The Rock,’ is now married to his girlfriend of twelve years, Lauren Hashian.

The 47-year-old producer , on Monday revealed beautiful photos of himself and his bride with the caption, “We do. August 18th, 2019. Hawaii. Pōmaikaʻi (blessed).”

Johnson met Hashian in 2006 while he was filming a movie (The Game Plan) but they started dating officially in 2007 after his divorce.

He has a child from his previous marriage and another two from his relationship with Hashian.

‘The Rock’ was recently named the highest-paid actor for 2019 by Forbes with a  $124million intake.

He has starred in numerous Hollywood movies including Moana, The Other Guys, Jumanji: Welcome to the Jungle, Fast and Furious, among others.

His most successful box office role has been that of Luke Hobbs in ‘The Fast and Furious franchise.

The popularity of his role led to The Fast and the Furious spin-off movie, Hobbs & Shaw which is currently showing in cinemas.

Johnson as a wrestler was hard to beat and he remains one of the top cats of professional wrestling with the highest fan base.