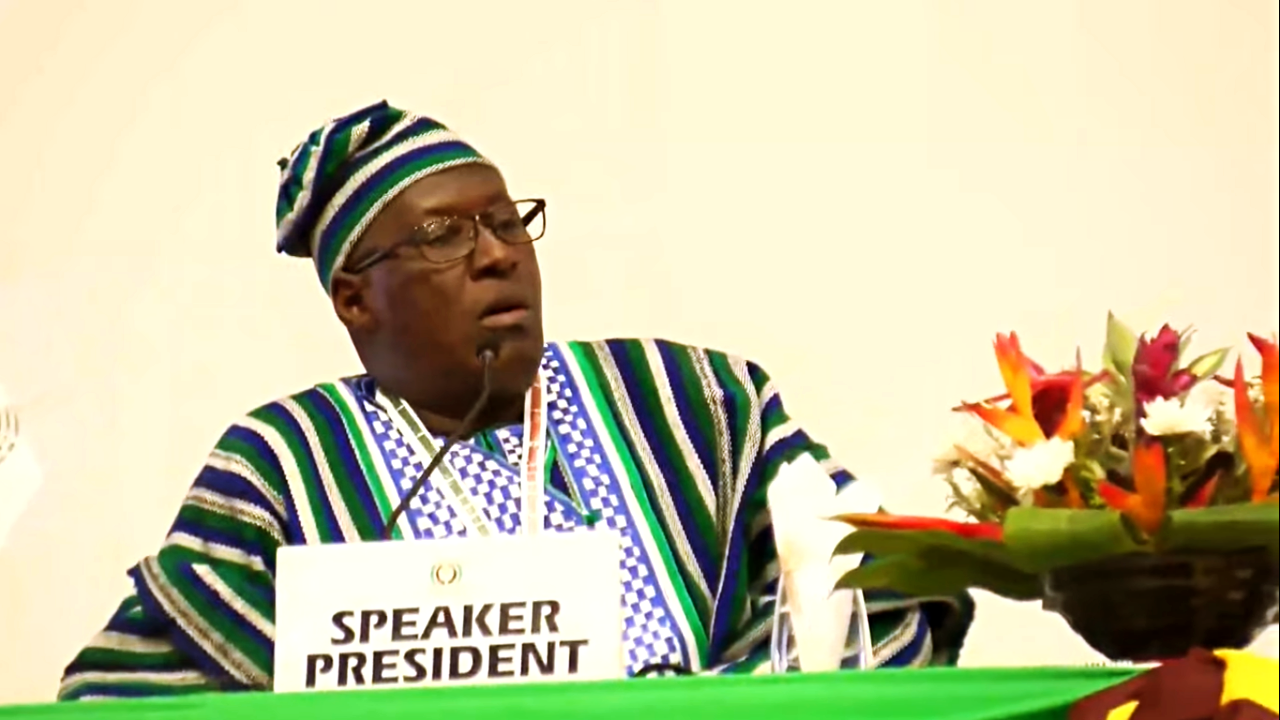 Speaker of the ECOWAS Parliament, Sidie Tunis says  inclusion of more women in the Parliament and at all levels of government will foster peace, security and development.

Tunis said this on Monday  in Abuja at an event organised by women of the Parliament, also known as Parliament (ECOPAL) Amazons in commemoration of the 2021 International Women’s Day.

Tunis said the fifth legislation of the ECOWAS Parliament strongly believed that giving support to women across the region would go a long way in ensuring development in peace and security.

The speaker said that it was  on that note his leadership was pushing for a binding legislation that would allow a more equitable allocation of more female Members of Parliament from Member States.

He,  however,  expressed concern that the current under representation of women in politics and governments as he urged member states to increase the numbers of female representation to the ECOWAS Parliament.

“In spite of  the work carried out by ECOWAS Parliament in terms of advocacy and actions for the involvement of women in leadership roles, the region still falls short of recording significant figures.

“For instance, the most recent available statistics provided by the West Africa Brief show that women occupy 421 seats in West African Parliaments and thus represent only 16.1 pet cent  of all lawmakers.

“Furthermore, 12 out of the 15 ECOWAS member states are short of the 23.3 per cent  world average of women in government.

“In the region, women occupy on average less than 20 per cent  of ministerial posts and of those, they are mostly clustered in the ministries covering women’s affairs and social issues.

“The theme for this year’s International Women’s Day, seeks to encompass in one statement, the idea that the world must, and has now come to embrace the necessity for women’s full and effective participation and decision-making in public life.

“We strongly believe that giving support to women across the region will go a long way in ensuring that we also bring about development in peace and security.

“You know women are very good when it comes to peace and that is one of the reasons we support them a lot,” Tunis said.

Tunis said the ECOWAS Parliament had always shown its support to women with  strong advocacy and support for increased female participation in law-making and parliamentary services.

He said that it was  because of this political commitment at the highest level that made it possible to adopt in 2003, an ECOWAS Female Parliamentarians Association commonly known as ECOFEPA.

According to Tunis, the association provides an opportunity for female parliamentarians to use their collective constitutional mandates to create an enabling environment for women’s effective participation in the politics and political processes.

Olujimi said the ongoing constitution review was  an opportunity  to include a statutory percentage of women that must be represented at all levels of governance.

“For all of us, it is not about the senate only, we have an opportunity that is ongoing, the review of the constitution.

“We insist that in the review, we want minimum of  20 per cent left purposely  for women at the local level, at the state level, that is the State Assembly and at the National level.

She advocated a third portion for women in the House of Representatives, in the Senate and to even have two or three governors.

“What is wrong with us to even get the deputy governors to be women and getting the position of female vice president?

“I believe that is the way to deliberately bring women into governance. And, we have to convince ourselves that development will be better and faster with women onboard,” Olujimi said.

Mrs Chinwe Adelekan, President of the ECOPARL Amazons said the theme of this year’s celebration, “Women in Leadrship: Achieving an Equal Future in a COVID-19 World” highlighted the significant role of women in society.

She said the COVID-19 Pandemic was able to show to the world, the importance of women who were 70 per cent of the caregivers.

Adelakan said that ECOPARL Amazons would intensify efforts with other women organisations across West Africa to safeguard the rights of women and the girl child. (NAN)