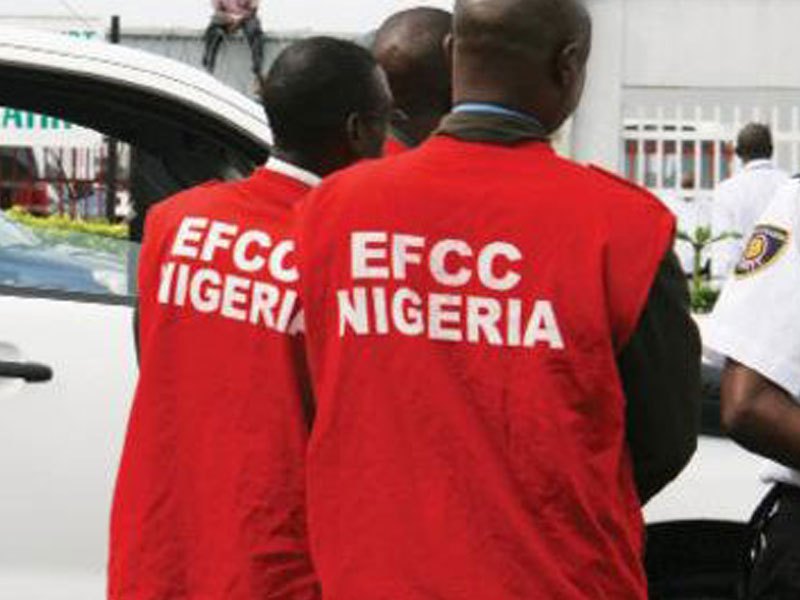 The Economic and Financial Crimes Commission, EFCC, has recovered N871bn, 407 mansions and convicted no fewer than 703 corrupt persons and institutions in the past three years.

The Acting Chairman of the EFCC, Mr Ibrahim Magu, about 90 per cent of all recoveries in Nigeria has been through the financial crime commission.

He said, “In the past three years, we have set recovery records to the envy of virtually all law enforcement agencies in Africa. “It is on record that about 90 per cent of all recoveries in Nigeria is through the EFCC. “Following court orders which granted our prayers for interim and final forfeiture of looted funds, the recoveries under my watch between November 2015 and today are as follows: “Over N794billion recovered. Over $261 million has been recovered. The Pounds Sterling recovered stands at 1, 115, 930.47 Pounds. The Euros recovered in the period is: 8,168, 871. 13 Euros. There is also the sum of 86,500 CFA

“Hundreds of properties such as filling stations, petroleum products, land, jewellery, automobiles, real estate, vessels, hospitals, company shares and heavy machinery and broadcast equipment have been seized from corrupt elements between 2015 and 2018. 126 mansions forfeited “From 2015 to 2018, 407 mansions were seized, 126 have been forfeited finally and 281 are under interim forfeiture. Nine filling stations were seized and placed under interim forfeiture.

On the former Minister of Petroleum, Diezani Alison-Madueke, in which EFCC is seeking to be extradited to Nigeria, Magu said this was because she is going free in the United Kingdom.

“She is not currently being tried for anything in the UK. There is no prosecution of Diezani going on in the UK. We cannot wait indefinitely for the UK. That is why we want to initiate her extradition and trial in Nigeria.”