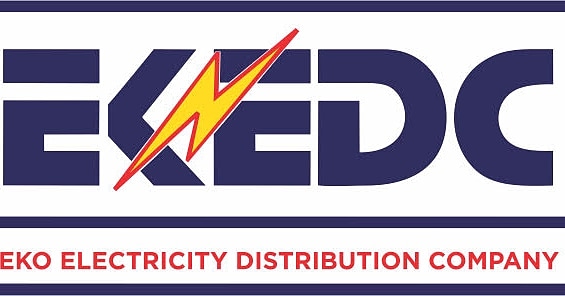 Eko Electricity Distribution Company (EKEDC) has restated its determination to improve electricity supply and quality service delivery within its area of operation.

The management of the DisCo, made the commitment during a town hall meeting with customers under its Ojo business district.

The meeting, which was held in Igbo Elerin area of Iba Town, was a continuation of the strategic plan by the Company to engage the electricity consumers across its franchise area for improved service delivery based on feedback.

Also on Wednesday, 11th May 2022, EKEDC also commenced its participation in a 3-day customer engagement forum organised by the Nigerian Electricity Regulatory Commission (NERC) for electricity consumers in Lagos at the Golden Tulip Hotel in Festac from May 11- 13, 2022.

In a statement by the Company’s spokesperson, Godwin Idemudia, Eko DisCo stated that EKEDC boss, Dr. Tinuade Sanda and her Management team visited Ojo, Agbara and Festac districts in continuation of her districts and stakeholder engagement to get on the spot feedback and review for possible solution challenges in the areas of power supply, vandalism and other factors mitigating against service delivery to customers.

Dr. Sanda and her team later joined the Ojo district management at the town hall meeting to engage with the customers of the district the areas before engaging the customers in the town hall to listen to their issues and challenges with a bid to proffer speedy resolutions. Dr. Sanda and her team addressed the issues raised by customers and promised to get them resolved and subsequently improve DisCo’s customer satisfaction index.

At the NERC customer engagement forum, the NERC Commisioner for Consumer Engagement, Aisha Mahmud explained that the exercise is part of the nationwide engagement by the Commission to enlighten the public about electricity consumers’ rights and obligations, as well as create more awareness about NERC to customers across the networks of all the DisCos whilst providing avenue for Discos to engage customers and representatives of various CDAs within their coverage network for them to air their complaints and make enquiries as well as having opportunity for on the spot issues resolution.

In her opening remark, the NERC Commissioner of Consumer Affairs, Mrs. Aisha Mahmud highlighted that in addition to enlightening the customers about their rights and obligations, the Commission has also organised the forum to address issues such as estimated billing (capping order), metering, electricity tariffs, and investment plan by the DisCo. ‘The Regulator has made several efforts to resolve these issues, but they persist, and that is why we are here with Eko DisCo to engage the customers,’ she said.

Eko DisCo was represented by its MD/CEO, Dr. Tinuade Sanda; Chief Commercial Officer, Mrs. Rekhiat Mommoh; Chief Customer Experience Officer, Mrs. Catherine Ezeafulukwe, and other members of the management team. The MD/CEO assured the customers that the Company has already embarked on many projects to improve power supply and prompt resolutions to complaints, and specifically encourages them to embrace the metering scheme (MAP) to put the issue of estimated billing to rest. She further advised customers against patronising unauthorised entities to get meters and report any case of unscrupulous elements to the Company’s whistleblowing channels.

Idemudia equally reiterated that customers should desist from illegal activities such as meter bypass, meter tampering, vandalism, and assault of staff, which do not only affect the DisCo but the entire power industry. According to him, NERC has approved penalties for these criminal offences and EKEDC will ensure that offenders face the wrath of the law for any of these crimes. ‘Every customer has a responsibility of protecting the industry,’ he added.