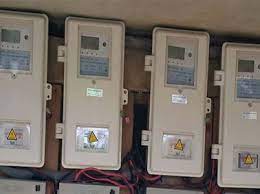 The Eko Electricity Distribution Company, EKEDC, has revealed ongoing concerted efforts at addressing estimated billing within its network, assuring customers that deployment of pre-paid meters have recently been intensified.

However, The Managing Director, and Chief Executive Officer of the DisCo, MD/CEO, Dr. Tinuade Sanda, said the company is challenged by inaccurate details of applicants making it difficult to process and meter customers.

Sanda, while addressing customers at a forum said the DisCo has employed such engagement to get on-the-spot feedback and review for possible upgrades in the areas of power supply, billing, metering, vandalism, and other factors mitigating service delivery to customers.

The engagement forum was in continuation of its strategic plan to engage electricity consumers across its franchise area for improved service delivery based on feedback.

The MD/CEO, who was represented by the Chief Financial Officer, Joseph Esenwa, applauded customers for making time out of their busy scheduled to attend the session, adding, ‘’we do not work in isolation, we are here to listen, and share ideas because we believe in a good relationship, it’s a mutually beneficial meeting, we aim to serve you, and we want to know what we have to do to improve our services”.

She used the occasion to assure that the DisCo is making steady efforts to upgrade its service delivery in Orile and Apapa environs.

Sanda, said EKEDC has learnt from engagement over the years that the major issues between the customers and the company is estimated bills, he said the DisCo has no reason to increase the bills as he described EKEDC as a retailer who purchases electricity in bulk then sends to customers.

For those who are yet to collect their prepaid meters, she said some customers had applied and paid for the prepaid meters under the Meter Asset Provider, MAP scheme registered without providing the right biodata when registering for the scheme.

According to her, “While the commitment to install prepaid meters for customers under the MAP Scheme is critical, we have noticed that some customers provided wrong details including their valid means of identification.

” There is nothing we can do until they come forward to address the issue.

“Some of the incorrect details include wrong addresses, emails, applicants’ reference numbers, and invalid means of identification.”

Sanda, noted that the invalid biodata has delayed the issuance of receipts for the processing of the meters.

She further assured customers in Apapa and Ijora District respectively that the DisCo would soon visit the areas under the district to launch the mobile metering exercise for the on-the-spot applications of customers to support the existing online process of acquiring prepaid meters by customers under the MAP scheme.

She reiterated that “The Meter Asset Provider Scheme has enabled customers to procure meters directly and be metered within 72 hours of payment confirmation and urged other customers to take advantage of the window to access their prepaid meters.