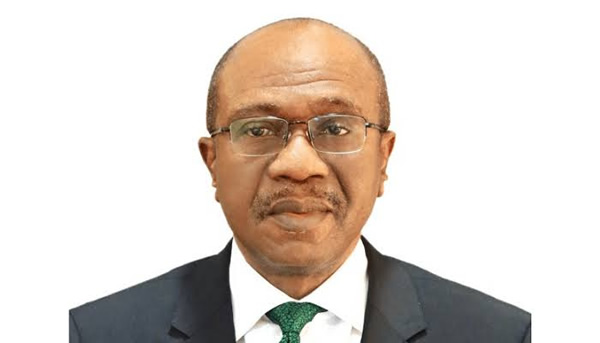 The Governor, Central Bank of Nigeria, Mr. Godwin Emefiele, has reiterated the Bank’s commitment towards ensuring a stable financial system and the Nigerian economy in general.

The Governor restated this on resumption of duty after his annual vacation abroad. Emefiele, who proceeded on leave in December 2022, resumed work Monday, January 16, 2023.

Osita Nwanisobi, Director, Corporate Communications, CBN who disclosed this in a statement Monday, said further that, “The Governor resumed with renewed vigour to perform his duty ahead of the first Monetary Policy Committee (MPC) meeting of the year scheduled for January 23 to 24, 2023.”

According to the CBN spokesman, “Mr. Emefiele remains committed to performing the task before him in line with his oath of office and the policy direction of President Muhammadu Buhari.

“While thanking the public for keeping faith with the Bank, we urge Nigerians to continue to support the policies of the Bank aimed at ensuring a stable financial system and the Nigerian economy in general” the CBN image maker said.

Reports of Emefiele’s return amid anxiety which trailed viral report that the DSS had invaded the CBN headquarters and arrested the apex bank Governor.

However, the DSS has swiftly weighed in, debunking the viral news which it described as misleading.

Peter Afunanya, the DSS spokesman said in a statement made available to the media, “The attention of the Department of State Services (DSS) has been drawn to the false news making the round that its operatives invaded the Central Bank of Nigeria and arrested its Governor, today 16/1/23.

“This is fake news and quite misleading” the DSS said.