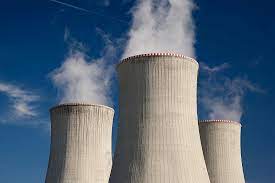 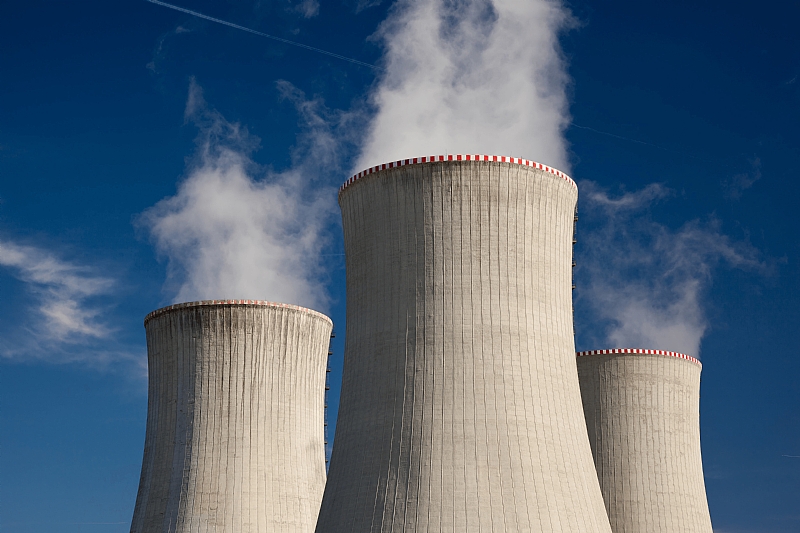 Public opinion has been unreceptive towards nuclear power since the 2011 Fukushima incident, but the mood has shifted due in part to a recent power shortage as the hottest June on record impelled a surge in electricity demand, while soaring energy prices have boosted utility bills. And Putin weaponizing energy supplies, and an extensive wind drought this summer are leading governments around the world to re-evaluate the role of nuclear power.

This is in the right direction– the idea that countries that are not blessed with either high levels of sunshine or hydro could rely on renewable energy without some form of long-duration storage was always unrealistic. Very low wind generation across many markets in both Europe and the US this summer is highlighting the need for zero carbon generation that is not dependent on the weather. Nuclear is the obvious choice.

Nuclear power should play a major role in the energy transition

Though the present energy crisis is reassuring pro-renewables lobbies to claim that this intensifies the need for renewable generation, the lack of wind this summer has highlighted a need for reliable, non-intermittent low carbon generation. For most countries, the only viable option is nuclear, and even countries such as Norway and France with significant hydro resources have suffered from the effects of a dry year that has intensified the problems with gas and wind generation this summer.

In the US, the recently passed inflation Reduction Act includes a US$ 30 billion tax credit that could save dozens of reactors from early closure. Small modular reactors (“SMRs”) have also just received certification by the US Nuclear Regulatory Commission, paving the way for the first SMRs to open later this decade. There is a growing awareness in the country that the scale of electricity storage that would be needed to support a 100% renewables electricity system could be impossible to deliver, and that nuclear power could provide the solution.

It is important that Germany follows Belgium’s lead and delays the closure of its remaining reactors – in March this year, Belgium deferred its nuclear phase-out by a decade. It should also consider re-opening the reactors which closed in December. The premature closure of functioning power stations during a time of energy crisis is irresponsible, as is placing additional pressure on other countries such as Norway which has seen its electricity prices rocket since it opened interconnectors with Britain and Germany last year. Reservoir levels in the south of Norway are at lows not seen since the mid-1990s, putting exports at risk – Germany should do what it can to reduce its need for imports by making all its generators including nuclear available for use throughout the winter.

When the dust settles on this energy crisis, policymakers will be challenged to ensure their energy systems are not left so vulnerable again. The development of nuclear power is an important part of the solution to low carbon electricity grids.

Even Japan is now reconsidering the use of nuclear power, with the Prime Minister there, calling for the nuclear power industry to be revived.

Belgium has now scrapped plans to phase out nuclear power.

More than 30 countries rely on nuclear power now, which supplies 10 per cent of the world’s electricity needs.

Public opinion has been hostile towards nuclear power since the 2011 Fukushima incident, but the mood has shifted due in part to a recent power shortage as the hottest June on record prompted a surge in electricity demand, while soaring energy prices have boosted utility bills.

President Yoon Suk-yeol reversed the previous administration’s plan to phase out nuclear energy and pledged to boost investment in the industry and revive its status as a key exporter of safe reactors. read more

South Korea plans to increase the contribution of nuclear power in the country’s energy mix to 30% or more by 2030 from 27% in 2021, the industry ministry said, pledging to resume construction of two reactors – Shin Hanul 3 and 4

China is the world’s third-largest nuclear power producer in terms of installed capacity after the United States and France.

As of 2021, mainland China operated 53 reactors, with a total capacity of 54.65 gigawatt (GW), slightly behind an initial goal of 58 GW by 2020 as project approvals slowed after Fukushima.

In India, nuclear power generation constitutes 3% of generation capacity. The sector has been hobbled by lack of foreign investment and opposition from critics over safety issues, counteracting plans to phase out coal-fired generation amid a crippling power crisis.

Former President Rodrigo Duterte signed an executive order to include nuclear power in the country’s energy mix, as authorities prepare for the phasing out of coal-fired power plants and after earlier efforts had failed due to safety concerns.

Current President Ferdinand Marcos Jr indicated that he was open to adding nuclear power to the mix of the country’s energy sources, a plan started by his late father in the 1960s, alongside boosting investments into renewable energy.

Minister of Industry and Trade Nguyen Hong Dien told the national assembly in May developing nuclear power is an “inevitable trend” around the world, signalling those authorities may be considering resuming a plan to construct nuclear power plants.

The programme, to build the country’s first two plants with combined capacity of 4 GW in the central province of Ninh Thuan, was shelved in 2016 after Fukushima. The government had chosen Russia’s Rosatom and Japan Atomic Power for the projects.

The French government is in the process of taking full control of power group Electricite de France, in a buyout deal that gives it a free hand to run Europe’s biggest nuclear power operator.

In the U.K., the British government in July gave consent for the planned Sizewell C nuclear plant to be built in southeast England. The 3.2 GW plant is majority-owned by EDF. EDF said discussions are ongoing with the government over funding for the project and it expects to take a final investment decision in 2023.

Germany may extend the life of its three remaining nuclear power plants, according to the economy ministry, as public support rises in the face of a possible cut-off of Russian gas. The three plants made up 6% of Germany’s power production in the first quarter of 2022.

Belgium has reached an initial accord with French utility group Engie to extend the use of nuclear power by 10 years after Russia’s invasion of Ukraine forced the government to rethink plans to rely more on natural gas.

Finnish-led consortium Fennovoima said in May it had scrapped a contract for Russia’s state-owned Rosatom to build a nuclear power plant in Finland.

The United States has more reactors than any other country, but the number has fallen to 92 from 104 ten years ago due to rising security costs and competition from renewable energy and plentiful natural gas.

Policymakers are struggling to keep many reactors open. The latest shut was the 800 MW Palisades plant in Michigan in May despite efforts by the Biden administration to keep it open with a $6 billion subsidy plan known as the Civil Nuclear Credit (CNC) program. It is uncertain whether the CNC, which aims to prioritize aid to plants that previously announced plans to shut, will help save California’s 2,200 MW Diablo Canyon plant set to fully close in 2025.

A deal in the U.S. Senate announced on July 27 could spark both traditional and advanced nuclear power if President Joe Biden’s fellow Democrats pass it in Congress. The deal contains a “zero-emissions” production tax credit for some existing nuclear power plants as a carbon-free source of electricity. It also contains about $700 million for making fuel for advanced nuclear reactors, fuel that’s typically made in Russia.

Fossil-fueled power plants are reliable source of energy. Again, they operate usually as “fast-response” plants to follow quickly changing electrical-energy consumption during a day. But, due to combustion process they emit a lot of carbon dioxide, which contribute to the climate change in the world. Besides, coal-fired power plants, as the most popular ones, create huge amount of slag and ash, and, eventually, emit other dangerous and harmful gases. Therefore, Nuclear Power Plants (NPPs), which are also concentrated and reliable source of energy, moreover, the energy source, which does not emit carbon dioxide into atmosphere, are considered as the energy source for basic loads in an electrical grid. Currently, the vast majority of NPPs are used only for electricity generation. However, there are possibilities to use NPPs also for district heating or for desalination of water. Despite all current advances in nuclear power, NPPs have the following deficiencies: 1) Generate radioactive wastes; 2) Have relatively low thermal efficiencies, especially, water-cooled NPPs; 3) Risk of radiation release during severe accidents; and 4) Production of nuclear fuel is not an environment-friendly process. Therefore, all these deficiencies should be addressed in the next generation or Generation-IV reactors. Generation-IV reactors will be high temperature reactors and multipurpose ones, which include electricity generation, hydrogen cogeneration, process heat, district heating, desalination, etc.

Nuclear power must be well regulated, not forsaken.