EPL: Man U Ease Past Bournemouth 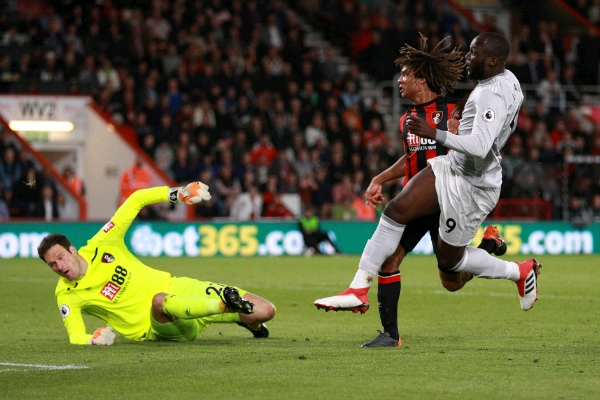 Manchester United has returned to winning ways in the Premier League with a 2-0 victory over Bournemouth at the Vitality Stadium on Wednesday.

A first-half tap-in from Chris Smalling was added to by substitute Romelu Lukaku in the second half, taking the striker to 27 goals for the campaign in all competitions.

The Red Devils are now four points clear of Liverpool in second place with four games left to play, and head into their FA Cup semi-final with Tottenham Hotspur with a little momentum back on their side.

In a quiet opening quarter the the contest, Bournemouth winger Jordon Ibe dragged wide from the edge of the box in the only sight of goal at either end of the field.

United finally upped things as the half-hour mark approached, coming close through a drilled Marcus Rashford shot moments before Smalling edged his side in front with his second goal in three outings.

Ander Herrera played the ball through for Jesse Lingard, who squared for an onside Smalling to tap it over the line from a few yards out.

Rashford, shifted into a wide position to compensate for Lukaku’s introduction, cut inside and tested Asmir Begovic as United closed in on a second goal.

Bournemouth, now with one win in six top-flight meetings with United, were left with it all to do 20 minutes from time when Lukaku raced on to Paul Pogba’s through-ball and clipped it over Begovic to kill things off.