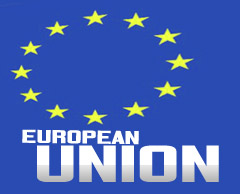 “The skyrocketing electricity prices are now exposing, for different reasons, the

She added, “That’s why we are now working on an emergency intervention and a structural reform of the electricity market.”

The unprecedented spike in power prices, which have soared almost 10-fold in the past year, has fueled inflation and increased the economic burden on businesses and households recovering from the pandemic. More and more member states are calling for a price cap and the Czech Republic, which holds the rotating presidency of the EU, plans to convene an extraordinary meeting of energy ministers on Sept. 9.

The exact details of an EU intervention plan are still being developed, and EU diplomats said the EU’s executive arm could offer a detailed plan as soon as this week.

“High energy prices are a Europe-wide problem that we need to tackle at European level,” Fiala said on his Twitter account. “Ahead of the EU Energy Council we want to find a way to help people and businesses that we can agree on with other European leaders.”

After a weekend full of negotiations, I can announce that I am convening an extraordinary meeting of the Energy Council. We will meet in Brussels on the 9th September.

EU member states have already earmarked about 280 billion euros ($279 billion) in measures such as tax cuts and subsidies to ease the pain of surging energy prices for businesses and consumers, but the aid risks being dwarfed by the scale of the crisis. Governments have also started to limit energy use, banning outside lighting for buildings in Germany and lowering indoor heating temperatures, to meet the EU voluntary target of cutting gas demand by 15 per cent.

On Saturday, Belgian Prime Minister Alexander De Croo warned that the EU can’t continue resolving the problem of sky-rocketing energy costs by cutting taxes and called for a price cap instead. Should the bloc fail to reach an agreement, Belgium will consider national measures, he told VTM television.

France last week reacted skeptically to the idea of setting limits on power prices, saying its situation is different from other European countries thanks to government measures offering protection against inflation.