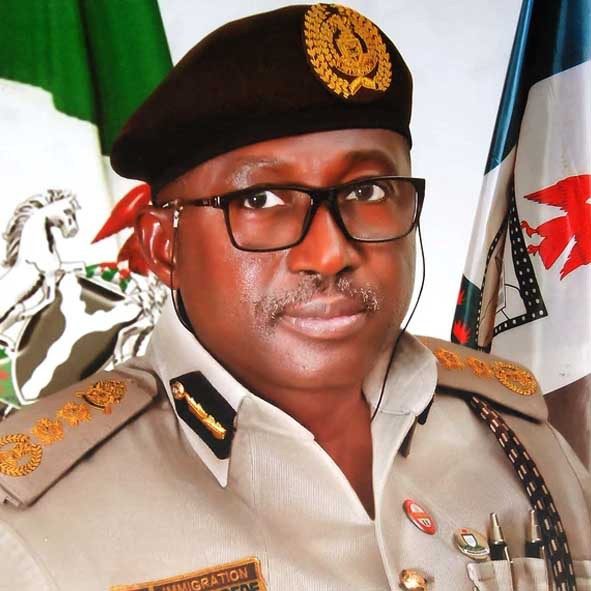 Mohammed Babandede, who bowed out as the Comptroller-General of the Nigeria Immigration Service on Monday in Abuja has listed his achievements saying he is leaving the Service better than he met it.

Babandede, who was appointed the Comptoller-General of NIS in May 2016, retired after spending 36 years in service.

Speaking during the ‘Pulling Out Parade’ at the Immigration headquarters Babandede says that the one-year service extension granted him was used to complete his project in the service, the Technology Building, among several others.

He said, “My one-year extension allowed me to finish key projects in the NIS. Twelve state command buildings have, so far, been completed, with eight other building projects slated for completion.

“We have completed 14 strategic texts, including yearly reports, border management documents, and Nigeria visa policy. I have left Immigration better than I found it.”

According to him, the task before the next leadership will be to ensure effective implementation.