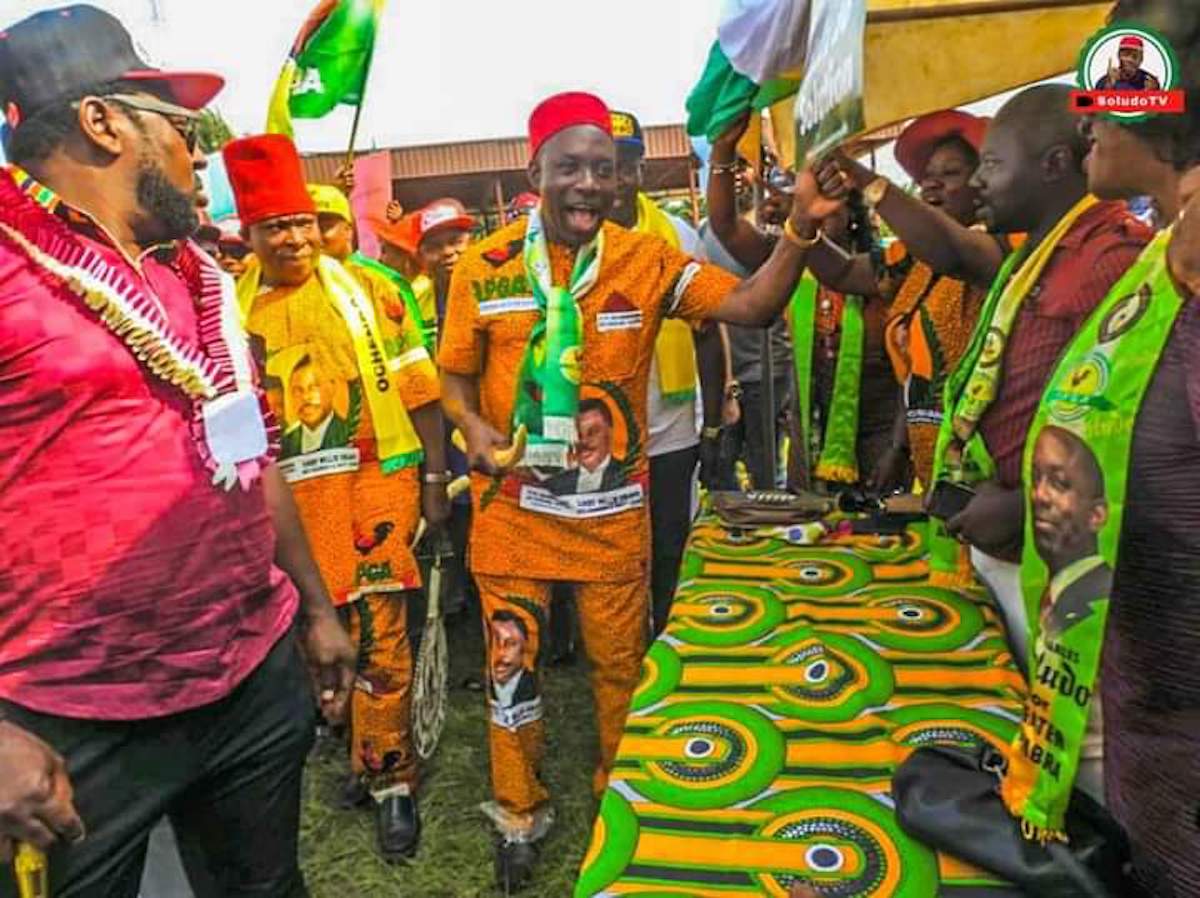 A founding member of the Peoples Democratic Party (PDP), Chief Handel Okoli, has commended Governor Willie Obiano for what he called “a proper assessment of the character” of the All Progressives Grand Alliance (APGA) candidate in the November 6 gubernatorial election in Anambra State, Professor Chukwuma Charles Soludo”, in his birthday greetings to the former Central Bank Governor.

Governor Obiano had last week described Soludo who was marking his 61st birthday as humble and home conscious despite his global achievements, saying his prodigious attainments upon his humble parentage and modest upbringing represent the authentic Igbo spirit which makes the Igbo people excell in various human endeavours, no matter the odds against them.

Speaking to journalists today in Awka, Chief Okoli, Senior Special Assistant to President Olusegun Obasanjo from 1999 to 2003, said: “As a friend who has watched Soludo at close quarters for decades, I know the assessment of the erstwhile CBN governor could not have been more accurate”.

Remarked the senior lawyer, who was for decades the Personal Assistant to the late Vice President Alex Ekwueme: “Soludo has always been immersed in local affairs, right from the time he was an economics professor in the United States in his 30s through the time he was a scholar at Oxford and Warwick in England to the time he was at the Brookings Institution in Washington to his consulting scholar years in Ethiopia to the period he was Chief Economic Adviser to President Olusegun Obasanjo and Chairman of the National Planning Commission to the period he was the Central Bank governor.

“His endless solidarity with the ordinary people has endeared him to our people and inspired a generation of successful people as well as young and struggling folks who now believe that they too can make it to the top with competence, hard work, honesty and integrity.

“Despite his accomplishments in diverse areas and his ever busy schedule, I am aware he still finds time to visit the Oye Market in Isuofia, where he is at home, especially with market women. I was stunned to learn that he was the returning officer during his town union elections.”

The former presidential aide disclosed that Soludo has for decades been awarding scholarships to mostly indigent students up to the doctoral level and playing a leading role in community development without talking about them in public.

“It is not in his nature to advertise his assistance to individuals, organizations and communities”, Professor Ogbu stated, adding “and this explains why he doesn’t brag from the rooftops that he was the person who brouht a branch of the Central Bank of Nigeria to Awka when he was its governor.

“Only an extremely humble person like Professor Soludo could afford to join year two undergraduates to take courses in Statistics so as to deepen his understanding of statistical analysis when he was already an Economics lecturer with a doctorate in the same university.

“The undergraduate students didn’t know he was a lecturer because he conducted himself with extreme modesty.

“If Soludo has shortcomings, arrogance is not one of them”, he asserted.

He praised Governor Obiano for “digging deep into Professor Soludo’s character, leadership attributes and record of service to the Anambra family before giving a public testimonial about this rare leader on the occasion of his 61st birthday”.