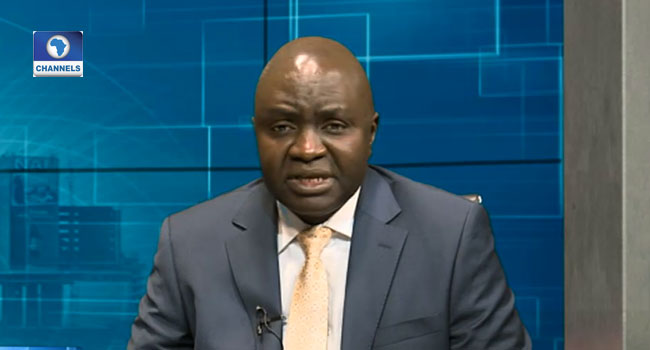 The Chief Executive Officer, CEO of the Center For The Promotion Of Private Enterprise, CPPE, Dr. Muda Yusuf, has decried increasing decline in manufacturing capacity utilization, just as he urged Government to urgently tame inflation by fixing

supply side constraints in the economy.

Reviewing the November inflation figures, Yusuf, former Director General of the Lagos Chamber of Commerce and Industry, LCCI, challenged the authorities to tackle

According to the National Bureau of Statistics [NBS], headline inflation accelerated to 21.47 per cent in November as against 21.09 per cent in October.

He noted that, “Over the last one year, the Nigeria inflation story has been a depressing one as reflected in the dynamics of all key price metrics. ”

According to him, “The key inflation drivers have not changed over the last few years. They include the following: the depreciating exchange rate, rising transportation costs, logistics challenges, forex market illiquidity, hike in diesel cost, climate change, insecurity ravaging farming communities and structural constraints to economic activities.”

Yusuf state that fiscal deficit financing by the Central Bank of Nigeria, CBN is also a significant factor fueling inflation through high liquidity injection into the economy, while tapering of monetary easing in the advanced economies is also driving imported inflation and the depreciation in the exchange rate.

He listed consequences of soaring inflation include, erosion of purchasing power of citizens as real incomes collapse, mounting poverty, escalation of production costs which negatively impacts profitability, shrinking shareholder value in many businesses and waning of investors’ confidence.

Yusuf, therefore advised the CBN to resist the temptation of further monetary policy tightening while deployment of monetary tightening tools should be put on pause. “The Nigerian economy is not a credit driven economy which is why the tightening outcomes has been inconsequential as a tool to tame inflation.

“The percentages for other countries in 2020 according to world bank were 32% in Kenya; 96% in Morocco; 193% in Japan; 143% in UK; 216% in the United States; and 39% was average for sub-Sahara Africa.” he said adding that this underscores the need for variabilities in policy responses.

He added that inflation had been spiking despite the serial monetary tightening, adding that sustained tightening penalizes entrepreneurs [especially the real sector], increases cost of credit with heightened prospects of a backlash on growth.

Inflation restraining strategies should accordingly focus on productivity boosting supply side factors and reduction in ways and means funding of deficit, he advised.

NLNG Sets Aside $100,000 To Promote Food Security In Nigeria