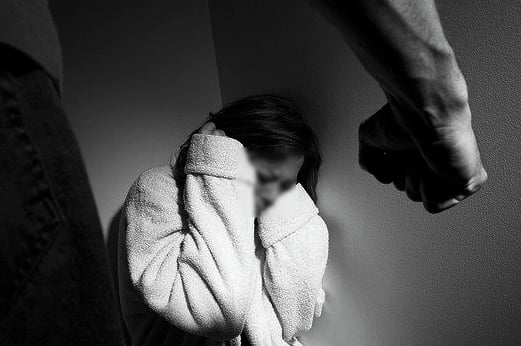 A life coach and relationship expert, Mrs. Ifeoma Chigbogwu, has decried the rising deaths and injuries to spouses in Nigeria because of domestic violence, describing such relationships as “domestic jungles”.

In a 15-minute YouTube video, the award-winning author and blogger explained that the spate of domestic violence which manifestes in wife-beatings, mutilations, violence against pregnant wives and unborn babies, has made many marriages death traps and chambers of horrors and torture.

The motivational speaker, who also runs an outreach programme that caters to widows and orphans, observed that men were no longer the only culprits in domestic violence as a growing number of female partners have reportedly become aggressors recently.

“Lately, the women are in fierce competition with the men…in this gory domestic saga. If they are not pouring hot oil on the men, they are stabbing them to death or setting the bedroom or house on fire while the men sleep”, Chibogwu said.

She hinted that “many men are yet to wake up to the reality that their wives have overtaken them in finding new and creative devilish methods to vent pent up anger. Honestly, this is a tragic nightmare.”

Chigbogwu, however, advised intending couples to observe their prospective partners carefully to discern any attitudes or actions characteristic of abusers.

During courtship, everyone should be on the lookout for tell-tale signs that are usually ignored. Habits or demonstrated attitudes. These are called red flags or danger signals.

Some people can cover up their malicious and evil energies and intentions and you simply have no clue but if truth was told, most abusive relationships do not start overnight. You will notice the lack of transparency, the lies, the negative and dysfunctional behaviors”, she added.

According to Chigbogwu “How can you see a man who slaps his mother or tells you that his mother is useless, and you go ahead and marry him happily because you feel that will save you from mother in-law issues?

How can you hear a young lady tell her father or older brother to shut up and mind their business, because she has her life to live and you are happy that she is independent, particularly if she told them so in defense of you during courtship?

There are so many examples of red flags but assuming these were not seen or noticed. How will you know you are in a jungle and what should you do?”