Expert Warns Against Imposition Of Excise Duty On All Services 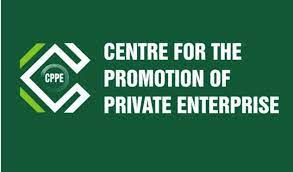 The Centre For The Promotion Of Private Enterprise, CPPE, has applauded the decision by President Muhammadu Buhari, to withhold assent on the 2023 Finance Bill to allow for broader consultation, participation and inclusion in the legislative process.

The Centre said this is also in line with democratic standards of law making.

The Chief Executive Officer, CEO, of the CPPE, Dr. Muda Yusuf, while reacting to the decision, observed that the provision is too broad, inexact and wide ranging and makes the business community very vulnerable.

According to him, There is no jurisdiction around the world where all services are liable to excise duty. Excise duties are typically specific and selective, and often imposed to disincentivize consumption or production of particular product groups.

The current open-ended provision is inimical to investment, he stated adding that it makes the imposition of excise duties arbitrary, indiscriminate and unpredictable.

He also recommended that the Bill should contain specifics of services to be taxed for better stakeholder engagement.

Yusuf, further said it is important to take account of the fact that practically all services are currently liable to Value Added Tax.

“The service sector is a very strategic sector in the Nigerian economy, contributing 54% to GDP and currently the largest contributor to government tax revenue. It also accounts for an estimated 53% of employment.

“We are concerned that companies in the service sector are already paying huge taxes in the form of company tax which is currently at 30% , tertiary education tax at 2.5%, NITDA levy at 1%, NASENI levy at 0.25%, Police Trust Fund Levy at 0.005% and withholding tax on profit distribution at 10%. All the taxes are percentages of company profit. Additionally, there are numerous taxes and levies imposed by state governments.” Yusuf noted.

He reminded the Government that investors in the sector pay various sums as fees and levies to regulatory agencies, warning that “High tax burden on businesses is detrimental to investment and job creation and could ultimately undermine revenue generation prospects of government” and that Revenue drive should rather focus on efficiency, effectiveness and equity as major policy objectives of taxation.

The CPPE, equally, warned that the proposal in the Finance Bill to impose 0.5 per cent levy on all imports coming from outside of Africa will be an additional burden on both businesses and the citizens.

He said this will escalate operating expenses, production costs and fuel inflation in the economy. Most equipment, machineries, ICT equipment, medical equipment are all imported from outside of Africa.

“Imposing a levy of 0.5% on this group of items will be inimical to investment, economic growth and the welfare of the citizens.

“Already, currency depreciation had made imports very expensive with profound inflationary effects. Currently, investors and citizens are paying 0.5% levy on all imports from outside of ECOWAS. This is in addition to import duty and numerous charges and levies paid by importers at the ports.

“Many manufacturers import their raw materials from outside of Africa, especially intermediate products not available on the continent. We strongly advise against the imposition of an additional levy on imports.” he said.