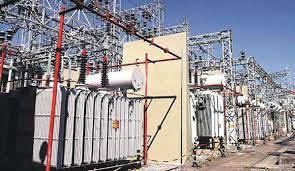 Experts in the power sector have warned on the security implications of the planned sale of some key electricity generation plants in the country.

As the Special House of Representatives Joint Committees meet this week to commence the special parliament inquiry into the proposed sales of the five NIPP power plants by Bureau of Public Enterprises (BPE), the exercise has been described by electricity consumers as a miscalculated action that has national security risks.

The NCPN notes that at this point, any such action is self-serving and at very best, chronic form of national assets stripping coming at a time when the current President Muhammadu Buhari’s administration is already on the verge of completing its tenure.

BPE had recently pre-qualified 16 firms for the privatisation of five National Integrated Power Projects (NIPPs) in the country. NCPN has also seen records of firms described as the bidders for the Geregu, Omotosho, Olorunsogo, Calabar and Benin-Ihovbor NIPP plants. However, some of the firms have hardly any experience in the business of power generation.

The plants under the NIPP of the NDPHC have always been infrastructure providing electrical power supply and national energy security. For instance, during the COVID-19 pandemic when the private investors of other Generation Companies (GenCos) ramp down electricity generation due to low revenue returns, the NIPPs being public assets, provided Nigeria with the much-needed energy security and its attendant socio-economic stability

as it had to ramp up power supply to avoid economic and administrative shut down in the country.

The private firms in the power sector so far have not fared better than the NDPHC GenCos which have its gas obligations, gas pipeline assets, contributed to both transmission and distribution networks nationwide.

Just recently, the gas producers have allegedly made claims of a legacy debt of about $1 billion. These legacy gas debts were accumulation over a long period of time and if at any point they stop supplying gas to the GenCos, Nigeria could be plunged into darkness if the NIPP GenCos are sold off and the entire power sector upstream is left at the whims and caprices of wholly private sector investors.

Even when some of the NIPP/NDPHC GenCos have not been put to optimal use, the country is still seeing their impact on the national grid while serving as the nation’s energy security backups.

“What BPE and any designated agency of government should be thinking of at the moment is how to optimize the NIPP/NDPHC GenCos so that Nigerians can make the best use of this power sector intervention, as that was what they were designed for.

The NIPP interventions which cut across the power sector value chain and implemented by NDPHC requires that the Nigerian Electricity Regulatory Commission (NERC) would have evaluated them and determined their real value. However, for over nine years, NERC has been endlessly doing evaluation of these investment values without result.

“Without this evaluation to determine the Capital Expenditure (CAPEX) in the NIPP power sector intervention projects, NDPHC has been continually short-changed of revolving funds that should be re-invested into other power interventions in line with Nigeria’s energy access for all targets of 2030.

“The consumer network (NCPN) at the moment opposes any move to sell off five of the NIPP GenCos for now. We are not saying that the plants would not be sold at the appropriate prices and time in the future but not now, when Nigeria is seriously battling challenges of deliberate load rejection by the Distribution Companies (DisCos), deliberate low energy dispatch by the Transmission Company of Nigeria (TCN) load dispatch managers from the various energy load dispatch centres and the National Control Centre in Osogbo, Osun state.

“It is already election time and we believe that even if the five NIPP GenCos are sold, the proceeds may not be useful for the country and may just go into the hands of political cronies at the three tiers of government rather than a re-investment in NIPP/NDPHC revolving funds that could help in upscaling the investment milestones and expansion of the original ideals of the NIPP project’s conceptualization.” Olubiyo stressed.

According to him, Selling off the five NIPP plants may not guarantee their optimal performance as the new investors will have to begin a fresh journey of having some levels of Power Purchase Agreements (PPAs) and Vesting Contracts with the Nigerian Bulk Electricity Trading PLC (NBET).

However, at the moment, NDPHC has some already signed bilateral contracts for Take or Pay deal for gas supply agreement for some of the GenCos and come handy, to operates as national energy security backups, even private GenCos down tools, thus serving as a core energy security backup for Nigeria while earning revenue for the governments.

“As the lower arm of Nigerian parliament (the Green Chamber) sit this week to take a deeper look at the issues at stake, the Nigerian House of Representatives Special Investigative Public Hearing is further enjoined to look into the basics and fundamentals challenges and help in overall public interest avert needless chaotic energy crises that may come with attempted sales of the five NIPP/NDPHC power plants by BPE.

“The Nigerian government should also learn from the poor implications and delivery of the 2013 power sector privatisation exercise also carried out by the same BPE.”