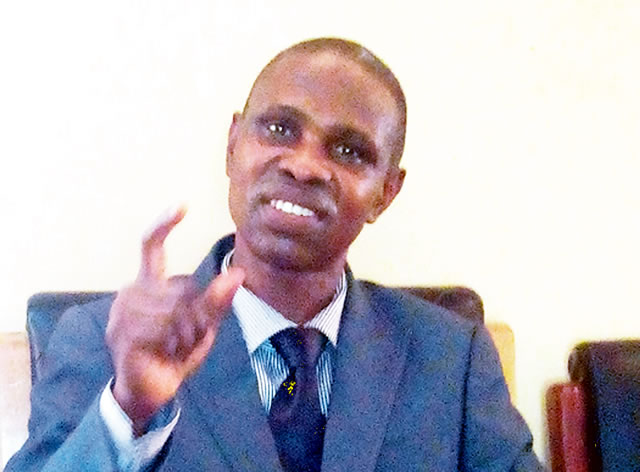 He cited examples of buildings and roads that had lasted over 1,000 years in some countries while speaking on the topic ‘’the Importance of Materials Testing during Construction, Standard Materials and the Risk Involved.”

He pointed out the differences between quality control, quality assurance and quality management, which he said were prerequisites for maintaining standards in building construction.

“Materials have various characteristics and obey physical laws and principles including mechanics.

“How a building performs throughout its lifespan, therefore, depends on among others the type of material incorporated,” he said.

The don challenged federal and state governments “to start the quest for quality right from the point of material manufacture and subsequent marketing.”

“The market, which is an external environment to the construction site, needs to be sanitised. That is a macro perspective to addressing quality during construction,” he said.

He nevertheless underscored the importance of testing and inspection of materials such as steel rods, concrete cubes, water and other construction materials on site.

According to Dada, incorporating substandard materials into construction works leads to loss of money and other resources as well as loss of reputation.

He said in addition to using correct materials, such materials should be properly incorporated during the construction process under the supervision of qualified professionals.

Dada commended the programme but urged the Lagos State Government to hold more stakeholders’ engagements for buy-in of the vision of using correct materials for construction.

Prof. Gabriel Adeyemi of the University of Ibadan, while delivering his lecture, said soil carrying capacities must be obeyed during construction to avert building collapse.

Adeyemi, represented by Dr Ibrahim Oyediran, while giving various graphical presentations of how soil could be over loaded called for proper soil tests before construction.

Reeling out statistics, he noted that Lagos State accounted for most of the building collapses in the nation due to the fact that soil analysis was ignored during construction.

Speaking on the topic, “Importance of Geophysical and Geotechnical Investigations for Sustainable Buildings,” Adeyemi advised built environment stakeholders to change the narrative by paying more attention to soil tests.

National Vice Chairman, Nigerian Institute of Civil Engineers, Mrs Omolola Adetona, warned that some professionals in the built environment working beyond their field of expertise contributed to quackery.

Speaking on the topic “Definition of Quackery, its Consequences, How to Eradicate it,” Adetona called for the establishment of more private materials testing in Lagos and regular meeting of professionals and government with developers.

She advised the state government to use engineers and other building professionals to increase surveillance across the state such that no construction would go unnoticed anywhere without regulation and supervision.

She cited an example of the land grabbers popularly known as “Omo Oniles” who showed up in the most remote parts of the state because they had informants.

She added that, engineers lived everywhere across the state and had the capacity to keep quackery in check through adequate collaboration with the government.

“Quackery is a big problem in the Nigerian construction industry but we can minimise it,” she said.

Ali said the revenue lost in the state to building collapse since 1960 could almost equal its 2021 budget, adding that, the establishment of the LSMTL was timely to reverse the trend.

He said quality planning, assurance and control of construction materials was key to durable construction.

“Since an application of best practices increases GDP by one per cent, the LSMTL must consistently keep to its mandate to improve the lot of Lagos and Nigeria in general,” he said.

Other speakers at the programme appealed to the government to regulate other areas like the electrical fittings and wirings to ensure quality delivery.

They also called on the Standard Organisation of Nigeria (SON) and other regulatory agencies to check the inflow of foreign substandard construction materials. (NAN)