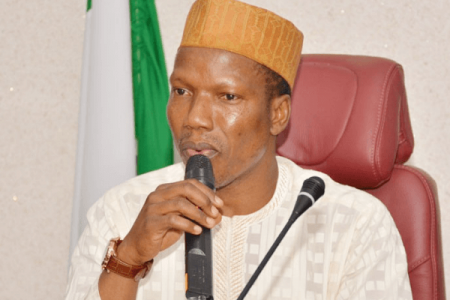 The Regional General Manager, of South-West Airports, Muhammed Mamman lamented the financial outlay borne by various operators in taxiing to and from the international zone runway 18R/36L for more than 14 years that the Lagos airport 18/L went with airfield lighting.

Mamman said by fixing the problem was an exhibition of commitment to safety and the growth of the industry and to national development.

There are indications that the carriers, over the years, may have spent over N6 billion on the amount they burn to taxi from the 18/R runway whenever it is past 6 pm as air traffic controllers forbid them from landing on the 18/Left and remained a sunset ‘airport’ like many other aerodromes that do not have night landing facilities.

While speaking at an appreciation get-together for stakeholders who worked tirelessly to see to the completion of the facility in four months with the completion of the project on November 11, 2022, said it remains a landmark in the annals of Murtala Muhammed Airport, Lagos as its second runway, 18L/36R came alive after about being closed for a stretch of one decade and two years due to the non-availability of Airfield Lighting System (AFL).

His words, “Our appreciation goes to the Federal Executive Council (FEC) led by His Excellency, and Commander-in-Chief of the Federal Republic of Nigeria, President Muhammadu Buhari who approved funds necessary for the implementation of this safety-critical Project”.

“We are immensely appreciative of the doggedness of the Minister for Aviation, Senator Hadi Sirika who vigorously pursued the continued elevation of civil aviation in Nigeria and provided the requisite oversight for this AFL project”.

He noted that this strategic vision of the FAAN leadership team led by the Managing Director, Captain Rabiu Yadudu, for the installation of Airfield Lighting (AFL) systems on the runway cannot be wished away. We acknowledge and appreciate the uncommon leadership provided at each stage of the project by the FAAN/MD and his team.

The perseverance and tenacity demonstrated by critical stakeholders, airline operators, handlers, and the entire aviation family, he said was one he said they cannot forget in a hurry, stressing that the financial outlay borne by various operators in taxiing to and from the International Zone Runway 18R/36L was the exhibition of commitment to safety and the growth of the industry, and to national development.

“The devotion and professionalism demonstrated at various times and levels by our technical and non-technical staff and/or departments at MMAin ensuring the success of the audacious project are immensely appreciated. It shows evidently that FAAN has all it takes to continually bring safety, security, and comfort to its Customers”.