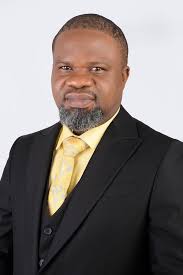 The Nigerian Union of Journalists, NUJ, is becoming increasingly worried about the characteristic combination of opinions, emotions and behaviour which occur simultaneously to form unfounded news items being circulated by unprofessional groups.

Worried about its implications in the coming general elections, NUJ, is seeking the adoption of ‘Global Ethics Charter for Journalists’ by media professionals in the country.

National President of the NUJ, Chris Isiguzo, made the appeal at a Digital Journalism and Fact-Checking Workshop’ in Lagos State.

The workshop, sponsored by the National Information Technology Development Agency, NITDA, in collaboration with the NUJ, was facilitated by PRNigeria, and themed: “Imperative of Digital News Verification for 2023 Elections’.

He said that although experts believe fake news is one of the greatest threats to democracy, free debate and good governance, it is journalism or information that deliberately misleads people and distorts reality by spreading false information, hoaxes, propaganda or misrepresentation of facts.

“While there is nothing like ethics and morality in the social media, and by implications in the general information disorder we find ourselves in, however it prosper to encourage accountability in the mainstream media and in whatever we do as media professionals,” he said.

He said: “It must be accepted that perhaps deficiencies of the media are now more glaring than in the past, given the complexity of the society, the interdependence of its component parts and the indispensability of information and communication, comprehending and adapting to the rapid challenges that occur in our society”.

Mr. Isiguzo, emphasized the need for the media to take its environment into account when performing the role of transmitting information to members of the society. “There is therefore the urgent need for us to redefine the concept of news in such a way as would enable interpretation of events to take cognisance of the totality of our population”.

Earlier, Mal. Kashifu Inuwa Abdullahi, the Director General of NITDA, who was represented by Haj. Hadiza Umar, the agency’s spokesperson, restated NITDA’s commitment to the expansion of the digital space, development of journalists’ human capital and the promotion of robust, digital-based journalism that serves the best and wider interest of the nation.

“There’s no doubting the fact that we are in the digital age where everything is now based on computers and the internet.

“It is of interest to us therefore that our journalists take advantage of the available digital tools to do their jobs better and serve the country better,” he said.

Kashifu Inuwa, noted that learning how to do fact-checks will definitely help media professionals to be able to do due diligence on any information that comes to them and this will help stem the tide of fake news.