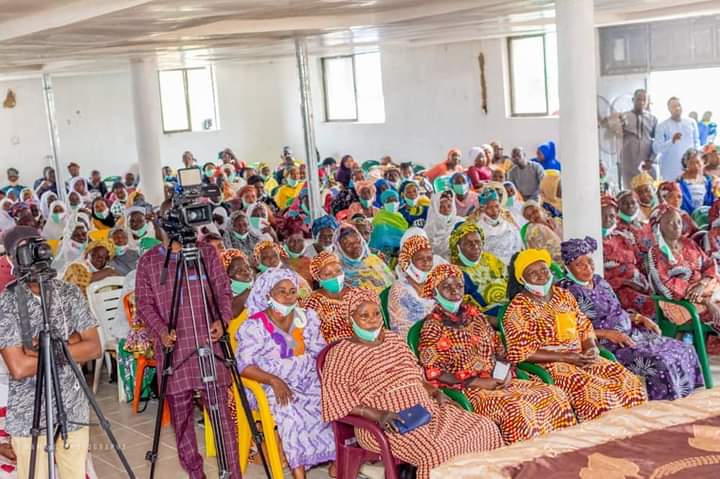 No fewer than 500 constituents on Monday benefitted from the N78 million empowerment grants of Rep. Stanley Olajide (PDP- Ibadan South-West/North-West).

Olajide distributed the cash grants to the beneficiaries at his Adeoyo residence in Ibadan, Oyo State capital.

The News Agency of Nigeria (NAN) reports that beneficiaries of the grants were youths, widows and vulnerable groups in the constituency.

NAN reports that it was organised by the lawmaker in conjunction with the Federal Cooperative College, Ibadan.

Olajide said that the programme was a package designed to boost the beneficiaries’ businesses and cushion the effect of inflation on them.

He decried the increasing rate of unemployment, poverty and inflation in the country, saying that the programme was to alleviate the sufferings of his constituents.

“This programme is in conjunction with the Federal Cooperative College, Ibadan, to give grant to women, youths and under privileged in my constituency.

“Today, what we have done was meant for 500 constituents.

“We gave them the grants because of the situation of the country now. We need to ease the pains of our people,” Olajide said.

He said that the programme was the first tranche of the empowerment programme, adding that the next edition would be for those in the categories of N100,000 and above.

The lawmaker commended the Ademola Babalola-led executives of the Nigeria Union of Journalists (NUJ) in the state on the initiative of Journalists’ Estate.

Olajide lauded the initiative, which he said was aimed at providing affordable housing for journalists, promising to support the union.

One of the beneficiaries, Mrs Silifat Olanrewaju, who spoke on behalf of others, thanked the lawmaker for his kind gesture.

Olanrewaju, who is the PDP Ward 3 Chairman in Ibadan North-West Local Government area, said it was the first time a representative of the constituency would do such thing for them. (NAN)