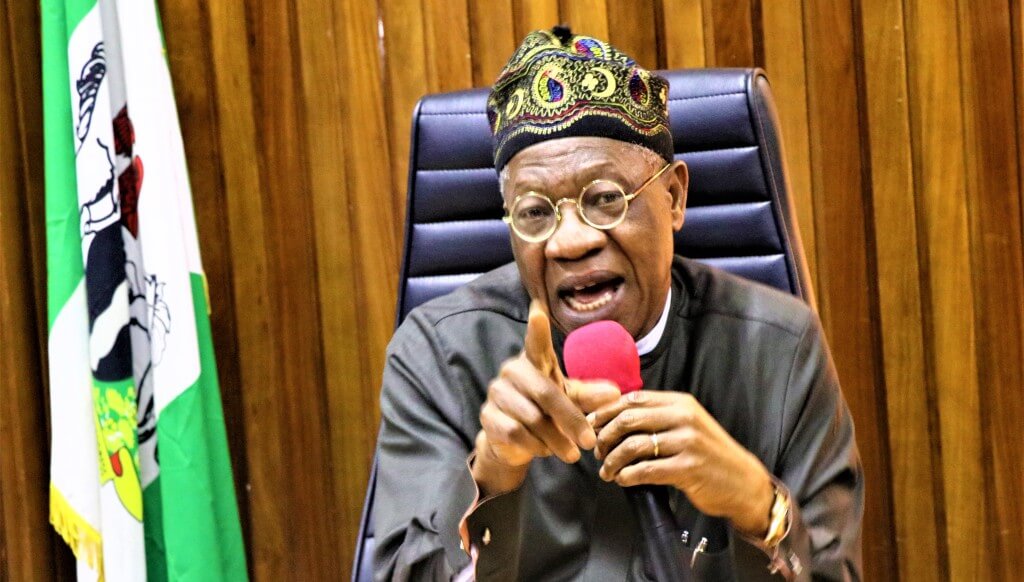 He said it’s illegal for the Union to embark the protest because the congress has no dispute with the federal government.

He said as the umbrella body of workers’ Unions and Associations there was the need for the NLC to detach itself from politics.

“We should also start to interrogate what labour is doing. The NLC is not a political party. The NLC can go on strike or protest if the rights of NLC members are involved. What the NLC is planning in the next two days is about interest.

“And NLC itself is a party to the committee that is looking into the solution. So, calling out people on street protest you begin to wonder, what is the motive of NLC in this matter?

“But you see here, we do not interrogate what NLC is doing. NLC by its own laws, cannot even give out pamphlets. And NLC is supposed to be completely insulated from politics.

“Now, if you declare dispute with us, yes you can go on strike. Even that one would depend on whether certain steps have been taken or not. But this particular NLC, you know, asking and mobilising people to come out on strike on July 26 and 27, is clearly on nothing,” he said.

The Minister said: “The federal government is as worried as NLC and everybody, but the law is the law. What we are saying is that rather than that, what I expect NLC to do as an umbrella body is to find solution, to join federal government in finding solution.

“They are parts of the tripartite agreement that have been negotiating with federal government on this ASUU issue. So why are they now going out to take sides? I think you should also interrogate it yourselves.

“I think it is popular to get NLC out and support but ask yourself how does that help the problem? How does that solve the problem? What you are going to create is more anarchy. And I think the NLC should think twice about their proposed strike in solidarity with ASUU.”

Also the Minister of Aviation Hadi Sirika said the threat by workers in the aviation industry to shut down airports in solidarity with ASUU would have grave implications on national security.

“I’m naturally concerned about this if the aviation union will shut down in support of ASUU. I would say they have no need to. I will say also that we should begin to look at civil aviation as a critical national security enterprise. It has all the implications.

“We should not contemplate or think about an aviation disaster. We should also think about the general activity on the economy of Nigeria without civil aviation.

“It’s okay. This is democracy, you can push for demands, but in pressing for demands you should be reasonable in doing so. Where, the life that you’re trying to promote, would be seriously affected and hampered, where lives can be lost because of your own activity, I think it should be reconsidered.

“So, civil aviation workers, I think should not be part of this. Yes, I am concerned and yes we’ve spoken to them and I don’t think they will join because they know that there’s huge responsibility of lives on their heads. If you’re an air traffic controller, it involves national security. It involves the capability of preventing external aggression and so on so forth.

“I believe that they are very aware of the enormous responsibility upon them in civil aviation and they should continue to see it so and continue to be as law abiding as we want them to be,” he said.

On his part the Minister of Labour and Employment, Dr. Chris Ngige said President Muhammadu Buhari never ordered him to hands off negotiations with the striking varsity lecturers.

The Minister said: “The truth of the matter is there is no such thing, it’s just categorically untrue. There is nothing like hands off.”