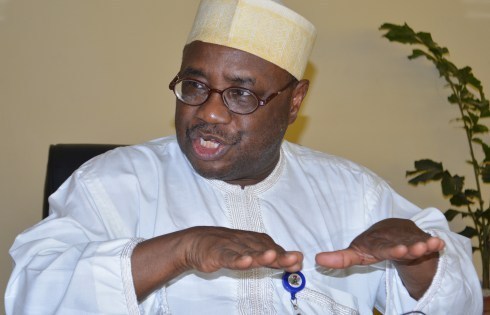 Uba-Adamu disclosed this on Tuesday in Kano during the inauguration of 13 centres facilitated by the Senator representing Kano North Senatorial District, Barau Jibrin.

According to Uba-Adamu, the 13 centres are in addition to three other centres earlier established by the Federal Government in the state.

He explained that the decentralisation of the NOUN centres was to give every local government in Nigeria a centre to enable undergraduates have access to the university.

The outgoing VC commended the senator for facilitating the establishment of the centres in his zone and for providing them with 10 buses to ensure effective operation of the centres.

Inaugurating one of the centres in Rimin Gado Local Government Area, Gov. Abdullahi Ganduje commended the Federal Government and the senator for providing such centres.

According to him, the establishment of the centres is a welcome development as it will compliment the state government’s efforts in the education sector .

The governor further commended Jibrin for securing employment for 11 people from the state in the university, and urged other lawmakers from the state to emulate the senator.

“Recall that education is free and compulsory in order to give parents the ability to enrol their children into schools free of charge.

“We are aware of high population of Kano, so we want to utilise the population as resources not burden. Hence embracing education is the way forward.

“The centre was established to bring the university closer to the people. Even a businessman can be admitted and study at his own time without hindrance,” he said.

Ganduje while donating a bus to NOUN, urged youths in the state to use the opportunity to register with the university in order to be productive after their National Youths Service Corps.

Jibrin earlier said there was a need for more attention on education hence utmost priority must be giving to the sector.

“This is why the centres are established in the state,” he said.

The senator said that the establishment of the centre would assist people even from rural areas to patronise the university and not necessarily go out of their areas to obtain a degree. (NAN)