FG Explains Why Petrol Is Selling Above Pump Price 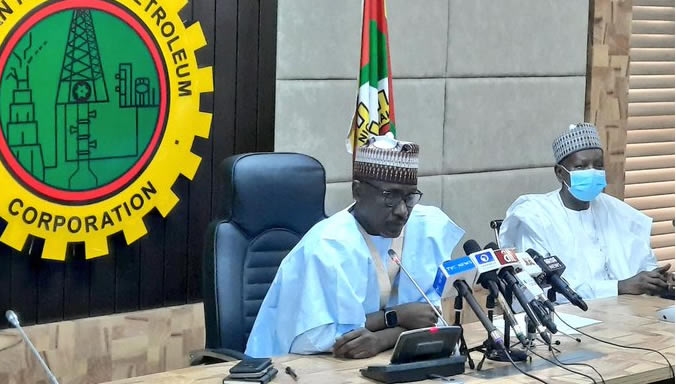 The Federal Government has attributed the current emergence of petrol queues and increase in pump prices of petrol to infrastructure inadequacies.

But it said normalcy is being restored.

Fuel queues had resurfaced in Lagos, Abuja and some neighbouring states, a development that has made some oil marketers to increase the price of the product.

The Nigerian Midstream and Downstream Petroleum Regulatory Authority on Wednesday however said the Federal Government is not planning to increase the price petrol.

The Authority in a statement claimed that the scarcity was caused by some distribution issues in Lagos terminals arising from three days gridlock in Apapa which abated two days ago.

It was also caused by construction work in some roads, shuttle vessel challenges due to freight rate escalation which had risen from $21 to $45 per day.

This had led to to changes in ex-depot cost, thereby making it practically impossible to sell the product at the official rate of N175 or N180 per litre in Lagos and Abuja.

The increase in freight cost has also made it difficult for marketers to supply petrol to Abuja and Lagos at the official rate of between N175 and N185 per litre.

Also, high cost of diesel and the spiral effect of foreign exchange rates as well as it’s non-availability have complicated the fuel.

The most recent queues in several parts of the country have left many commuters stranded.

Others have resorted to buying the product from black marketers who have cashed in on the situation to sell at exorbitant prices.

The government has said payment of subsidy for fuel is unsustainable and has planned its removal for middle of next year.

Consequently, it advised Marketers and Nigerians to avoid panic buying, diversion of products, and hoarding.

“This advisory addresses speculations on the price and availability of Premium Motor Spirit (PMS).

“The Authority wishes to inform the general public that the Federal Government has no intention of increasing the price of PMS during this period.

“In keeping with the Authority’s responsibilities as outlined in the Petroleum Industry Act (PIA), the Authority assures the public that it would continue to monitor the supply and distribution of all petroleum products nationwide especially during this holiday season.” it said.